Story of Metro Cool Joints, a company with a turnover of 8 crores, built at a cost of 1 lakh rupees 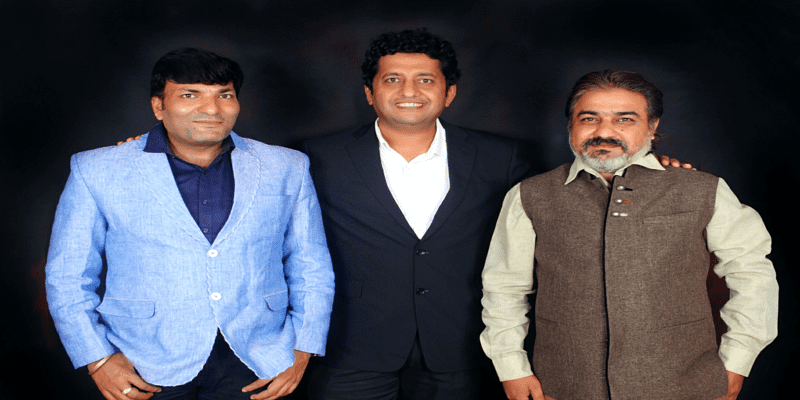 It has always been said that if you do business of food, it will never go into loss, it will give profit, but looking at the report of the past days, if we talk about the restaurant industry, the biggest challenge before them is to save their existence. Restaurant business earnings have fallen by 60 percent.

Maharashtra government relaxed the lockdown and also opened hotels and lodges from July 8, but the restaurants are still closed. Talking about Delhi, the permission to open a restaurant was given, but neither the customer nor the business is there and the expenses are full. In such a situation, thousands of restaurants have been closed in the metros.

If we talk about China, when the markets opened after Corona, the sales of Domino’s pizza was reduced by almost a third. If this is the situation in China, then what can happen in India can be thought about.

The National Restaurant Association of India (NRAI) estimates that due to Corona, its 5 lakh members could suffer a loss of Rs 80 thousand crore in the year 2020. If all this continues, then 50 percent of the restaurants in the country may be closed. According to estimates, the business of delivery chains has also come down.

But there is a company from Bangalore which is still in profit, whose founder Lalit Khandelwal Are with us today Lalit ‘Metro Cool Joints Services Private Limited’ Is a founder of He only started Metro Cool Joints Services in the year 2011. 1 lakh rupees At the cost of and today his company’s turnover 8 crores is. Only in Bengaluru of the company More than 35 outlets Huh. These outlets span from IT corporate companies to railways and airports.

Lalit Khandelwal, the co-founder of Metro Cool Joints Services Private Limited, is from Rajasthan but was born in Kolkata (formerly Calcutta), capital of West Bengal. He did his studies from Indore city of Madhya Pradesh.

“In the year 1999, I came to Bangalore (formerly Bangalore). Here I joined my father’s logistics and transport business till 2010.”

During this time he befriended many famous people. Among these, Rajesh Sharma, Vishnu Aggarwal, Pradeep Sharma are directors of his company today.

Before the introduction of Metro Cool Joints, these four friends were struggling in their lives, as they all came to Bangalore from other cities and states.

“In 2004, Rajesh (Sharma) started a restaurant, but he was not doing as well on the business front. Then we thought that this person is running it, so why not do something together so that it can be turned into a successful business. And with this thinking in 2011, we Metro Cool Joints Services Private Limited A company called Launched.”

Lalit states that at the inception of the company he was just three – Rajesh (Sharma), Vishnu (Aggarwal) and me.

“The first 2 years of the company were full of struggles. When we checked all the accounts, it was found that all three of us have earned Rs 800-800. It was quite disappointing, yet we did not lose courage.”

Lalit Khandelwal, co-founder of Metro Cool Joints Services Pvt Ltd, says that the company opened its first outlet at SAP Labs (SAP Labs) in Bangalore and at the same time found two more Oracle accounts which they accepted as a challenge . Interestingly, both these outlets are still running in these corporate companies. And from here, the train of Metro Cool Joints is on its peak today, walking on the road of success.

Lalit says that this success was not easy but due to our dedication, hard work and blessings of parents and support of friends, the struggle turned into success.

Lalit said that as of now his company has 35 outlets in Bengaluru, out of which 1-2 outlets are in private food courts and the rest are all engaged in corporate companies.

Business in the Corona era

Talking about the impact on business in the Corona era, Lalit says,

“Our business model is corporate based. Where our fare seems low, we have to give subsidized food. It simply means that ‘we will give food at these outlets at a lower rate than the rate of food items will be out’. In such a situation, we did not make much difference, but yes, we were definitely confused at the start of the lockdown in March. Because it had not happened to anyone before. We were worried about how it would go now? How will we move forward? ”

“We only run cafeterias at Bangalore Airport, we had a lot of manpower. But from the first week of March, the effects of the epidemic started showing. The cell was down. About 30 per cent of our manpower returned to their homes, we even tried to stop but they refused. ”

“We made some changes to our business model, which were necessary. We did not offer packaged food before. We were more focused on live food and ready-to-eat food. During this time, the scenario of companies changed and whatever staff office used to come, they needed packed food. We started it right away. And today it is going very well. So we were not harmed due to this.”

“Where some business incorporates decreased, then we started giving packaged food in industries and manufacturing units, so that if the business on the corporate side was losing, then it recovered in these units. We are selling two to two and a half thousand miles daily. ”

“During the epidemic, a number of corporate companies have given fares and have also extended welfare activities to the employees of Metro Cool Joints, many thanks to them,” said Lalit.

“Corporate companies have a lot of food courts. Amazon, Bangalore International Airport, SAP, etc. find space in food courts. There are different variants here. Somewhere we run a tuck shop (sandwich, juices) and a Chinese food shop somewhere. We run our outlets as per requirement.”

After the announcement of demonetisation by PM Modi in the year 2018, Metro Cool Joints launched its mobile app EatEasy Launched. This is a wallet through which customers can pay.

Lalit and his fellow co-founders have also changed their business model over time.

“Now people are going to enter industrial catering. Because even after the epidemic the corporate will take 4-5 months to emerge. Meanwhile, we are constantly climbing the ladder of development and we have signed MoUs with 2-3 companies. Even in the Corona era, we have continuously recruited manpower in the company. We did not do cost cutting at all.”

Speaking about his company and his co-founders’ business responses, Lalit said,

“We do not have overshadows. I look at marketing and sales, Rajesh (Sharma) looks at the provision. Vishnu (Agarwal) has commanded the finance. Pradeep (Sharma) oversees the company’s overall operations. This is our big savings – that we personally see all the departments. ”

“We have been a member of Indian Railways’ subsidiary IRCTC for the last three years.Indian Railway Catering and Tourism Corporation). Recently we have opened an outlet in Purulia (West Bengal) and are expanding it further. We have signed an MOU in Chennai. At TCS we are about to start an outlet. Apart from this, we are continuously growing the business. ”

While advising people starting a new food business or any other business, Lalit said,

“Before starting any business, understand it well. You should work for at least six months to learn all the mathematics of business. Apart from this, the important things that should be kept in mind are – place, menu, costings, manpower, customer behaviour etc..

Tesla’s supercharger reaches base camp of Mount Everest, know how to charge at 17,000 feet