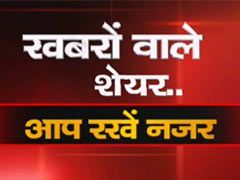 By keeping a close watch on every movement of stocks, your investment can definitely be protected. Here we are telling such stocks which will be in the news today and on which the market will be eyeing.

RELIANCE INDUSTRIES has delivered better than expected results in the second quarter. During this period, the consolidated profit of the company has increased by more than 11 percent to Rs 13,680 crore. Its REVENUE has jumped 19 percent to 1 lakh 67 thousand crores. There has been an increase in the profit and ARPU of Jio. The company’s GDR has seen an increase of three and a half percent.

In the second quarter, ICICI Bank has also presented better results than expected. Its interest has increased by 25% in earnings and 30% in profits. The best Net Interest Margin has been seen in 27 quarters. Fresh NPAs have increased but recovery has been strong.

The Q2 result of TATA CONSUMER has been around the estimate. During this period, the company’s revenue has increased by 9% and profits by 11%. But margins are under pressure. On the other hand, the profit of TATA ELXI has increased by more than 10%.

SEBI has approved the Mega IPO of PayTM. The company is preparing to raise Rs 16600 crore through this IPO. There can be OFS of 8300 crores in this and there can be a fresh issue of the same amount.

Yes Bank on Friday released the results of the second quarter of the current financial year. Yes Bank reported a net profit of Rs 129 crore in the September quarter, up from Rs 225 crore in the corresponding quarter of the previous fiscal. In this way, the net profit of the bank has increased by about 74% on a year-on-year basis. In the July-September 2021 quarter, the bank’s net interest income (NII) declined 23% year-on-year to Rs 1,512 crore. However, the non-interest income of the bank registered a growth of 30% during this period and stood at Rs 778 crore.

Battlegrounds Mobile India nearing launch, game mired in controversies before release, know what is the reason

Investment Tips: Build the best portfolio in just 1 thousand rupees, you can make big capital by investing in these options

Germany will return 440 ancient Bronze statues to Nigeria after 125 years, but why took this decision after so long?