Smart Idea: How she is helping the needy people along with preserving traditions and environment 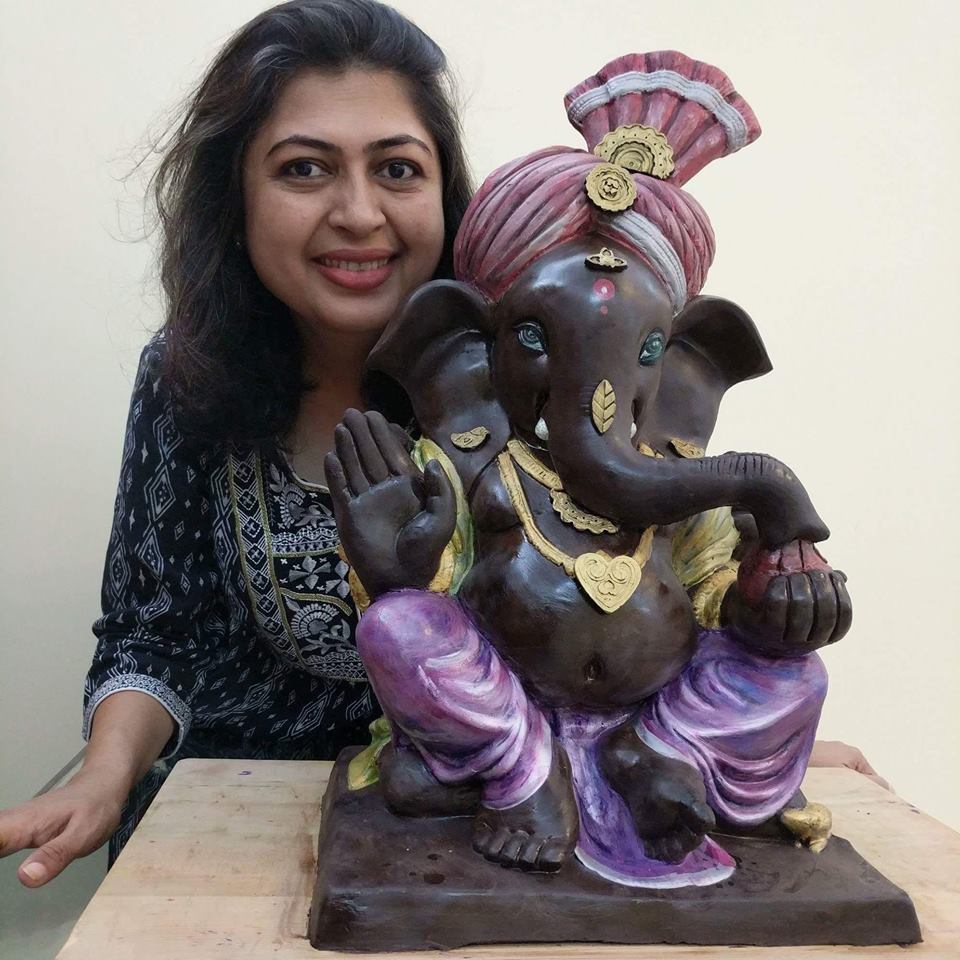 Rintu is a commercial designer by profession and lives in Mumbai. The most special thing is that she makes sculptures out of chocolate. When asked about the best way to describe her work, she proudly says, “I can make a chocolate replica of you.”

“I can make a statue of you with chocolate.” – Rintu said in a conversation with Team Business Khabar.

Rintu successfully ran her own chocolate-making business. It was the year 2014 when a devastating earthquake struck Jammu and Kashmir in the northern part of India. The Indian Armed Forces and disaster management teams were continuously conducting rescue operations in the earthquake-affected areas.

Rintu realized that the supply of food by the armed forces is mostly dry-food stuff, and the victims are craving for home-cooked food. Then she decided to prepare Thaplas – ‘a Gujarati dish that happens like spicy roti’ and invited other friends to join the movement. His WhatsApp message went viral, and the team produced 35000 taps which were later sent to Kashmir. The incident involved him in a group called ‘Food-Army’ which helped victims in almost all-natural disasters including Nepal earthquake and Kerala floods.

One day Rintu was taking a morning walk on Juhu Beach in Mumbai. The annual ‘Ganesh Festival’ was over and people from surrounding areas immersed the idols at Juhu beach. There the statues made of POP (Plaster of Paris) were broken, and people were coming with their feet on it. When Rintu, a follower of Lord Ganesha, saw all this, she felt very sad. The idea of ​​doing something to overcome the problem flashed in his mind and then she got the idea to make Ganesh idols from chocolate.

Rintu decided not to make it a profession but a social movement. The idea of ​​making chocolate Ganesha and dipping them in milk as per ritual was a great idea – she was widely appreciated. Not only was this idea pro-environment, chocolate milk can also be used as a offering.

Despite being a non-commercial idea, she also faced criticisms. But the appreciation was much greater than that of the critic and she continued his work. She is promoting Chocolate Ganesh as an alternative and environmentally friendly change.

In a world where we are ready to adopt progressive ideas without abandoning our traditions, the thinking of people like Rintu is highly admirable and exemplary who give strong learning to embrace the future without losing the bond with our past.

If travel rules are broken in Saudi Arabia, the bank account may be empty! One crore rupees will be fined

Gujarat: Kevadiya will become the first city in the country to allow only electric vehicles, tourists will be able to travel in battery buses