Shiv Sena announced before the UP elections, candidates will field 50 to 100 seats; Sanjay Raut will visit soon 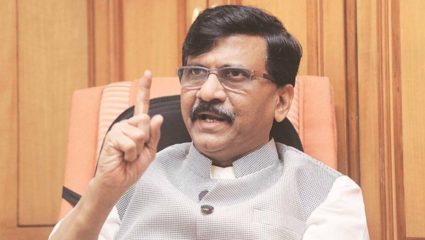 Let us tell you that, due to this, Maharashtra NCP had said to fight the Uttar Pradesh elections in alliance with the Samajwadi Party on Tuesday. Significantly, on Tuesday, NCP Chief Sharad Pawar made the announcement. He had said yesterday in Mumbai that NCP would contest the Uttar Pradesh Assembly elections. Pawar had also talked about forging an alliance with the Samajwadi Party. Sharad Pawar has indicated to contest elections in other states by taking the assembly elections to be held in five states.

Meanwhile, on the NCP-Samajwadi Party alliance in the Uttar Pradesh elections, senior NCP leader Nawab Malik said in Mumbai on Wednesday that, in the Uttar Pradesh elections, the Nationalist Congress Party will join hands with the Samajwadi Party. There is bound to be an alliance. This decision was taken in the National Executive. The seats we have asked for will be discussed. Significantly, there is a Maha Vikas Aghadi government of Shiv Sena-NCP and Congress in Maharashtra, but till now no leader of the three parties has spoken of fighting together in the UP elections.

PUBG Lite will be turned off by 29 April, Player support will also be finished after one month

Gift Deed vs Will: Gift Deed or Will? Which option is better to transfer property, take your decision on these basis

Tork Kratos electric bike will be launched later this month, will give competition to Revolt RV400