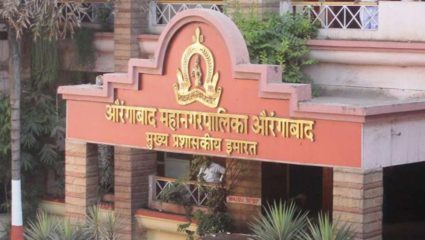 Aurangabad : Aurangabad Zoological Park i.e. Safari Park is being built in Mitmita area of ​​the city. For this work, the second tender has been approved by Aurangabad Smart City Development Corporation Limited.

Due to lack of sufficient space in the city’s Siddharth Garden, a safari park will be built in Mitmita as per the norms of the Central Zoo Authority. The park will have local animal species. The work of this park is being done by Aurangabad Smart City Development Corporation Limited under the guidance of Municipal Commissioner and Aurangabad Smart City CEO Astik Kumar Pandey. Work for this has been started last year. In the first phase, construction of boundary wall for the park has been started by leveling 60 acres of land. This work is 50% complete and will be completed by the end of April.

Aurangabad Smart City has floated the second tender for the project. This is a total tender of Rs 58 crore. Road, water supply, drainage, fire fighting, electrification will be done in the Safari Park. Tenders will remain open till March 4. The work order for this tender will be issued by the end of March. Imran Khan, Assistant Project Manager, Aurangabad Smart City said that the work will be completed within a year.

After this tender, two important tenders have also been issued for plantation and building construction. The project is expected to be available to the public by March 2024. The project will attract international and world class tourists to Ajanta, Ellora Caves and Aurangabad. It will also be a new tourist destination in Aurangabad. This will increase employment as well as boost tourism economy by promoting tourism.

ICC still hopes to get cricket a place in Olympics 2028