Sanjay underwent chemotherapy at Kokilaben Hospital in Mumbai, Manyata expressed grief due to lack of support 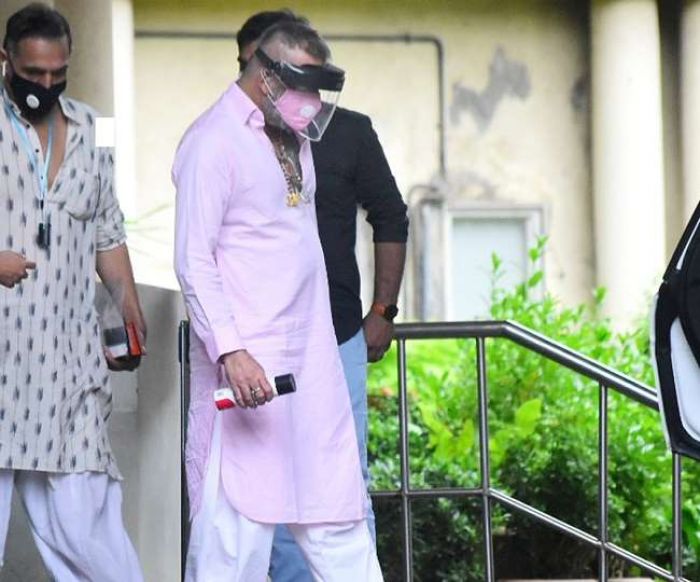 Sanju Baba is fighting a battle with lung cancer these days. Sanju Baba reached Kokilaben Hospital in Mumbai on Tuesday night. While going home from the hospital late at night, Sanjay saw the media and said- Pray for me. Sanjay along with his sister Priya Dutt and Namrata Dutt were also shot outside the hospital. Even before this, Sanjay Dutt has been spotted with both his sisters. Manyata is home quarantine these days with her children.

Manyata Dutt was living with her children Iqra and Shahran in Dumba for the last 5 months, but as soon as Manyata came to know about Sanjay’s illness, she has returned to Mumbai and due to this she has to go to home quarantine. Recently, Manyata has released a statement for husband Sanjay’s illness and treatment, in which he has requested the fans not to stage Sanjay’s illness. They will try to live a normal life because this battle is going to be long. Along with this, Manyata also said that the initial treatment will be in Mumbai itself, the rest can also be taken abroad for treatment.

Manyata Dutt further said in her statement- “I sincerely thank all my fans and well-wishers for the love and affection that Sanju has received for so many years.” Sanju has seen many ups and downs in his life, but your love and cooperation has given him immense courage while going through every difficult phase. And for this we will always be grateful. Now we have been selected to test another challenge and I know that this love and affection will help them in this time. ”

Manyata wrote sadly in one of her posts – ‘Unfortunately in this difficult time I am unable to stand with him in the hospital due to my home quarantine. Which will now be finished in just a few days. Sanju is not only the father of my children and my husband. Rather, he has also been like a father to Anju and Priya after the parents have passed away. He is everything to our family. May you all pray for them.

Let us tell you that Sanjay Dutt is fighting the stage 4 stage lung cancer. According to the report, Sanju is planning to get his treatment at the Cancer Hospital Sloan Memorial Catering Cancer Center located in New York City, but Sanju does not have a visa there. As soon as they get a US visa, they will leave for America. While he is undergoing treatment at Kokilaben Hospital.

It is reported that he did not get visas due to his involvement with Mumbai Dhamke. In the past, the US has refused Sanju’s visa application twice. Hence, Sanjay has started his chemotherapy at Kokilaben Hospital in Mumbai. In this difficult time, the prayers of all the fans are with him.

Will there be a lot of ‘dust’ on the US-Russia relationship? Biden and Putin meet next month

Investment Tips: Before joining the race of stock market, new investors must understand these 5 things, otherwise there will be loss