RPF will change its motto, suggestions sought by Director General 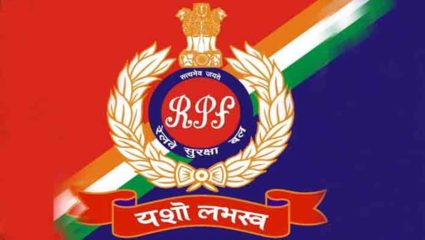 Nagpur. Railway Protection Force (RPF), working for the crime related to railway property along with the protection of the life and property of passengers during the journey in the train, is soon going to get a new motto. It is noteworthy that like other security forces, RPF has also been given the motto – Yasho Labhsva. However, the Directorate General of RPF believes that the above sentence does not appear to be directly related to the passengers and the railway consumer. Since now the railway passengers have become more aware and prefer to connect directly with the railways. Therefore, it is also the need of the hour to change this for the duty of the department and close association with the passengers. In such a situation, by issuing letters to all the RPF zone headquarters and divisional headquarters of the country, suggestions have been sought for the appropriate motto in this regard.

Suggestions to be given till 22

The officers associated with RPF or any security personnel can give suggestions till January 22 on their behalf. Therefore an official departmental email address has also been issued. It has been said in the letter that the Director General of RPF wants that the tagline for RPF should be proposed on the lines of Delhi Police, BSF etc. The tag lines of Delhi Police are like ‘Aapse Saath, Aapse Ke Liye, Forever’, ‘Shanti Sewa Nyay’ etc. At the same time, BSF has a tagline of ‘Duty Unto Death’ (duty for life) or forever. We have a motto ‘Yashho Labhasva’ which is difficult to understand by the general public. And so there is not enough resonance between them. While we should keep our motto and stick to it. We also need a tagline that resonates with the masses.

Tagline should not exceed 2-3 words

Israel vs. Arab: The attack was on Israel as soon as it came into existence, the Arabs wanted to take revenge after the...