Real time information system installed in 106 railway locomotives is getting accurate information about the location of trains. 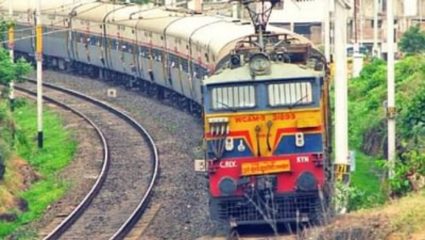 For this, a satellite-based device has been installed by the Indian Space Research Organization (ISRO) in the locomotives, which reads the speed of trains on the basis of GPS and issues updates.

For tracking of trains through satellite, there is an automatic feed of trains into the system of one moment location through satellite through a device fitted in the locomotives. With this, not only the actual location of the locomotives is obtained, but the passengers will also get the benefit of this facility easily in the form of information about the location of the trains.

Earlier, information about the location of trains was available on a station-to-station basis. Beach locations are updated based on calculation based on average speed. At present, due to the introduction of the upgrade system with Real Time Information System (RTES), the actual timing of arrival at the train station is known, as well as the train is passing through a forest or is standing somewhere on the outer, all these information will also be available. Will get

Celsius value jumps. The token that triggered current crypto crash is up 400% in simply 7 days

Nearly every week after she disappeared, the seek for mother-of-two Nicola Bulley remains to be…

US: Gunman shot and killed policeman in Denver, fired bullets at others, three killed

Shooting in Denver: A shooting incident has come to light in Denver, in which three…