Mutual Fund Investment: Investing in mutual funds for the first time, so do not make these mistakes even by mistake, otherwise money can be...

Read the film ‘Uri’ in the celebration of independence. 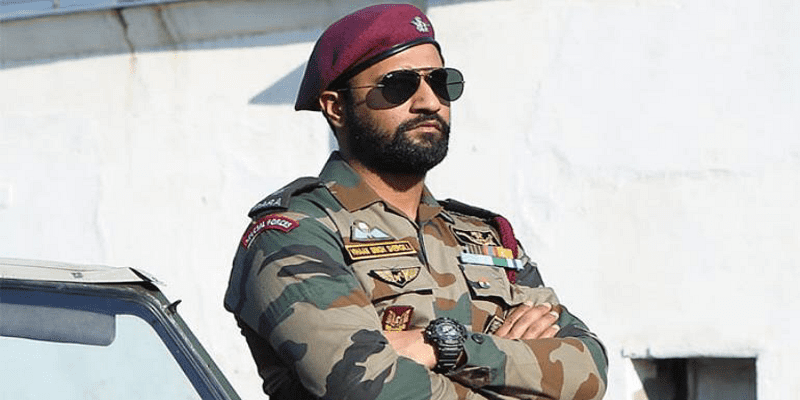 Many people come to Mumbai in Mayanagari with only one dream and that dream is to become an actor in Bollywood. Actors like Rajesh Khanna, Amitabh Bachchan, Shah Rukh Khan proved themselves due to their talent. But today it is very rare to get talent in this industry.

opportunity Independence day Belongs to today Film Friday This is dedicated to him. The film released last year Uri – The Surgical Strike One of my favourite patriotic films that have come out in recent years. We all watched the film and liked it very much. But the hero of the film Vicky Kaushal The flags of success that have been worn has no match. Vicky is a perfect combination of skill, style and talent. Today Vicky is at the pinnacle of success, no introduction is needed for him now but I am sure you would not know about his past. So let me tell you the success story of Vicky Kaushal…

Action directors and directors of films in Bollywood Evening skills ‘S son, Vicky Kaushal is undoubtedly one of the rare talents that Bollywood has got but all of it comes from her hard work and struggle. The success story of Vicky Kaushal was certainly not so easy. But he was confident in his dream, had a tremendous passion for acting and after hard work and struggle, he got success.

In an interview given to a TV channel, Vicky said,

“During college, I decided to interview for an IT job. I wanted to experience ‘nervousness’ – wearing a tie and waiting for someone to give me my resume. I already knew that I was never going to choose that profession, even I got an offer letter.”

Vicky’s father was an action director and he gave Vicky “Kaushal family lamp” Used to believe When his father was satisfied with Vicky’s 9-5 IT job, a good salary, Vicky told him that he wanted to become an actor. At the time, he had no idea of ​​the struggles his father had gone through in his acting journey. His father had to find work to eat 2 times a day.

Upon hearing the story of his father’s struggle, Vicky’s mind became even more determined. The confident and talented Vicky assured his worried father that he would 120% Will apply and Acting will never be his second priority.

“So I tore off that engineering job offer and went out to audition.”

The journey was not easy

The first audition was a nightmare for Vicky. The audition was for a small role in a big film and there he realized how far he was from everything. On his way back home, he cried, telling himself that “Vicky, now you have torn the job letter too!”

Although he was afraid, he did not give up. And the next day, he came out of his house and then went to audition. Vicky started doing theatre and developed himself further as an actor.

In the year 2010, Vicky Director Anurag Kashyap As with Assistant Director film Gangs of Wasseypur Worked in

A short film by Vicky Geek out Apart from Love Body Te Chicken Khurana And Bombay Velvet Played small roles in films like.

In an interview to a TV channel, he told that he used to leave with a few pairs of clothes and a trimmer in the daily bag so that he could give an audition for whatever role he had. He further added, Vicky’s preparations for the film Masaan were very sure. He reached Banaras several weeks ago. There, he used to go to the tea shops and record the conversations of the people and used to come and note it at home.

In 2015, ‘Masan’ was released. Proud of his son’s performance on the big screen, Vicky’s father also took a call from a friend saying – “Vicky’s dad”. He became very happy as well as emotional on hearing the phrase and within 10 minutes he informed Vicky about this beautiful incident.

During this, Vicky also shares the happiest moment of his life, when he took his mother to the car showroom and bought the car with his hard-earned money.

At the same time, Vicky realized that he very beautifully “Kaushal family lamp” And has retained this title in its own terms.

From Masan to Uri

Vicky’s second film after Masan Tongue Thea, which released in March 2016, is the story of a young boy (Vicky Kaushal) who suffers from a chronic disease. His next film Raman Raghav 2.0, Was Anurag Kashyap’s psychological thriller, in which he plays an addictive character. Also, Vicky, Abhishek Bacchan And Taapsee Pannu Enacted film Manmargis I also saw

In the year 2018, Vicky appeared opposite Alia Bhatt in Meghna Gulzar directed film Raji. He played the role of Pakistani Army Jawan in the film. He played his character with great simplicity, whose critics appreciated him a lot. After this, Vicky appeared in the film Sanju (2018). The film stars Vicky (Kumar Gaurav), who is one of Sanjay Dutt’s close friends.

Vicky Kaushal is a true example of hard work, struggle, determination and confidence. And Uri – The Surgical Strike His dialogue of the film gives us constant inspiration – ‘How’s the joy? Hi, sir!

Retirement Funds: Investing in VPF, ELSS and PPF, getting more interest in these schemes

To buy Toyota’s Innova or Fortune, Bank of Baroda will do 90% financing