RBI and SEBI said- “Financial service business of Facebook, Google and Amazon are within the scope of the rules”. 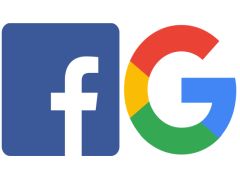 Financial technology companies such as Facebook (Facebook), Google (Google) and Amazon (Amazon) operating in India’s financial sector are being regulated under relevant laws. They have been granted operational approval only after necessary compliance. The Reserve Bank of India (RBI) gave this information to the Delhi High Court. Apart from this, Sebi (Securities and Exchange Board of India) also said similar things during the hearing in the High Court.

SEBI said that there are adequate provisions for compulsory registration for anybody to enter the securities market. SEBI said that it has constituted a market data advisory committee for obtaining rules regarding securities market, identifying segment-wise data scope, data requirements and loopholes and suggestions regarding confidentiality of information and access to information. The RBI and SEBI stated these things during the hearing on a Public Interest Litigation (PIL).

The PIL calls for detailed information on the legislative framework for operations in the Indian finance market for financial technology companies such as Facebook, Google and Amazon. The RBI said that the approval of anybody regarding the operation of UPI (Unified Payments Interface) is entirely within the jurisdiction of the National Payments Corporation of India (NPCI). It is NPCI that makes rules, guidelines and procedures related to monitoring UPI payments.

In response to a petition filed by Reshmi P Bhaskaran, RBI said that NPCI has made Amazon work as a third-party app provider under UPI’s single sponsor bank model and Google and WhatsApp as multi-bank model based on appropriate criteria. Is allowed. Bhaskaran, in his petition filed through advocate Deepak Prakash, alleged that the flawed approach of Indian financial regulators allowed irregular operations of financial technology companies. He claimed that this could adversely affect the financial stability of the country.

NASA’s Hubble Telescope Takes a Wonderful Picture, A Colorful Gas Scattered Into Space by Explosions within the Star

Now the electric switch will eradicate the corona virus! This company claimed

Apple iPhone’s design seen a big flaw, yet the phone sold for 2 lakh rupees, will surprise the case