Rajnath said – At the behest of Gandhiji, Savarkar had filed mercy petition in front of the British, Owaisi retaliated 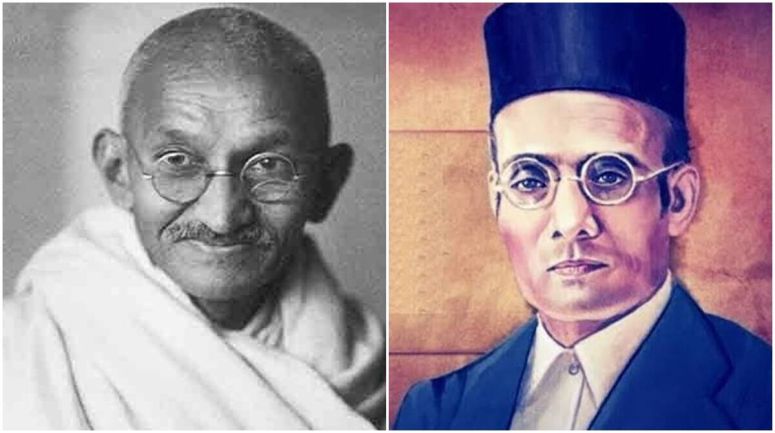 Senior Bharatiya Janata Party (BJP) leader and Union Defense Minister Rajnath Singh has denied the statements of a certain section of people regarding mercy petition before the British and claimed that Mahatma Gandhi. At the behest of ), Veer Savarkar had given a petition. Singh said in a program on Tuesday that Savarkar had filed a mercy petition before the British at the behest of Mahatma Gandhi.

He said that many kinds of lies have been spread about Savarkar. It was said that he had filed mercy petitions before the British many times. But the truth is that Savarkar did all this at the behest of Gandhi ji, on his behest, he filed a mercy petition sitting in jail. Singh said that a certain section of people deliberately spread lies and created confusion about Savarkar.

Singh said that there can be debates about the personality and work of national heroes, but ignoring and humiliating the contribution of Veer Savarkar by looking through the prism of ideology is not forgivable and justified. He said this at the launch program of Uday Mahurkar and Chirayu Pandit’s book Veer Savarkar Who Could Have Prevented Partition. Sarsanghchalak Mohan Bhagwat also participated in this.

Singh said that the section influenced by a particular ideology is unfamiliar with the life and ideology of Veer Savarkar and they do not have a proper understanding of it, they have been raising questions. He said that there can be debates about the personality and work of our national heroes, but looking down upon them cannot be said to be fair and just in any way.

Rajnath Singh said that Veer Savarkar was a great freedom fighter, in such a situation it is not excusable to ignore and insult his contribution by looking through the prism of ideology. He said that Veer Savarkar was a great hero, is and will be in future also. How strong was his will to liberate the country, it can be gauged from the fact that the British sentenced him to life imprisonment twice, people influenced by some particular ideology try to put a question mark on such a nationalist.

The word Hindu was not associated with any religion, sect or religion.

He said that some people accuse him (Savarkar) of being a Nazi, a fascist but the truth is that those who made such allegations were influenced by Leninist, Marxist ideology and still are. Singh said that simply put, Savarkar was a realist and a nationalist who spoke of healthy democracy along with the Bolshevik revolution.

The Defense Minister said that Savarkar had a vision about Hindutva which was related to India’s geographical location and culture. For them the word Hindu was not associated with any religion, sect or religion but was associated with the geographical and cultural identity of India. He said that one can object to this thinking but it is not proper to hate on the basis of this idea.

Meanwhile, a debate has broken out on social media regarding Rajnath Singh’s recent statement. A section seems to be disagreeing with the linking of Mahatma Gandhi’s name with Savarkar. AIMIM leader Asaduddin Owaisi said that these people are presenting history by breaking it. One day these people will remove Mahatma Gandhi from the status of Father of the Nation and give this status to Savarkar.

Dragon Man: Will the story of human civilization be rewritten? Skull of ‘Dragon Man’ found in China, claims scientists