Pune’s climate is no longer fit to live in, artificial lungs blackened in 14 days 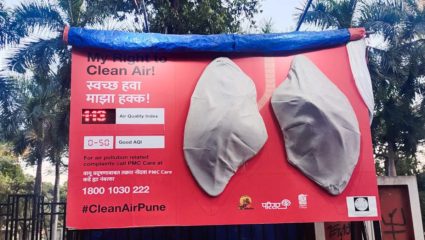 Pune: The city of Pune, situated on the banks of the Mula and Mutha rivers, is one of the leading cities of the country in terms of living. Not only students from the country and abroad come here to study, but the employed people like to stay here permanently. The reason for this is the climate here. Which is considered quite favorable. But now it is not so. This city has caught someone’s eye because the air here is getting polluted day by day. To find out, artificial lungs were installed in the city, which turned black within 14 days.

Everyone has the right to the clean air of the city, but it is we who are polluting the air. Artificial lungs were installed on Maharaj Road to make them aware about how much polluted air Punekars are taking. This project is being operated by Pune Municipal Corporation under ‘Clean Air Pune’. The artificial lung was installed at the hands of Mayor Murlidhar Mohol on December 27 last year at Junglee Maharaj Road in Pune. At that time the color of artificial lungs was white, but after fourteen days the color has become black. The level of PM 2.5 in a digital monitor installed in the lung is more than 70. It becomes clear from this how much polluted air people of Pune are breathing in their lungs every day.

The situation in the city is even worse

Experts say that this situation is of Sambhaji Park. Which is very green. If this lung was installed on the busiest route of the city, then this situation would look more dangerous. The level of PM 2.5 is increasing due to the increasing number of vehicles in the city. For the last 14 days, the level of PM 2.5 is coming in more than 70 in digital monitors installed in these artificial lungs hanging in the city. Which is showing the poor level of air pollution of the city. If the level of PM 2.5 remains from 0 to 50 then it is considered good. PM means particulate matter, which is usually found in the air and goes to our lungs through respiration. It enters the blood vessels and can enter any organ, including the brain. 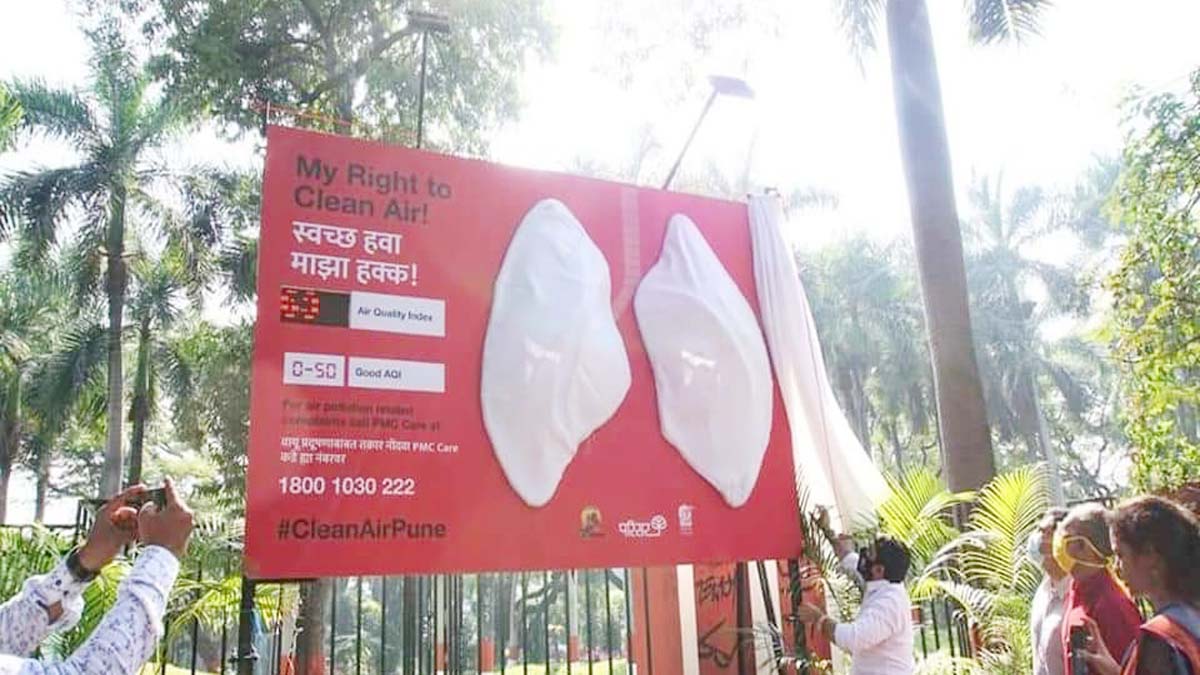 Air pollution affects the eyes, nose, skin and respiratory system. Also, due to pollution, diabetes, mental diseases, diseases related to nerves like Alzheimer’s, heart disorders, can cause cancer. Elderly, pregnant women and children have to bear the brunt of pollution.

how to improve air quality

Public vehicles should be used instead of private vehicles. If possible, people can walk by bicycle or on foot. Arrangements have been made for walking paths, cycle routes in the city. Public representatives and local people should run an awareness campaign regarding pollution.

Two lakes are present under the layer of ice in Antarctica, NASA has discovered, the mysterious network of water is spread

NASA’s two spacecrafts will fly again after 30 years, will lift the veil of the secret of ‘Heavenly World’

France: Tired of atrocities, the husband was put to death, after the support of the people, the court also freed him, know the whole...