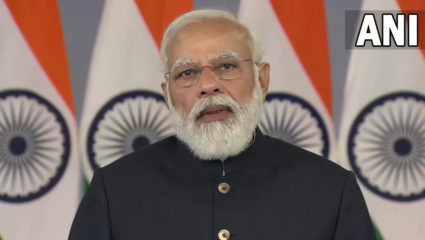 “The conversation lasted for five minutes, during which the Prime Minister advised him (Bommai) and other members of his family to get appropriate treatment,” the statement said. During the interaction, Modi inquired about the current situation of COVID-19 in Karnataka and the steps taken by the state government.

Chief Minister Bommai told the Prime Minister that he is holding a virtual meeting with ministers and officials on COVID-19 to prepare for the January 13 meeting with him (Modi). According to the statement, Bommai told the Prime Minister, “All necessary steps have been taken. The vaccination campaign has been intensified. Measures will be taken on the recommendations of experts. ,

Meanwhile, sources said Bommai went to Manipal Hospital for a check-up and later returned home, where he held a ‘virtual’ meeting on COVID with the officials. It is noteworthy that Bommai had said in a tweet on Monday that he has been infected with the corona virus and he has mild symptoms of the disease. He also said that he is fine and is in isolation at home.

SBI Alert: Internet Banking, YONO, YONO Lite and UPI facility of State Bank will be closed tomorrow, know what is the reason?

Before taking an insurance policy, know that the ‘sum assured’ and ‘sum insured’ means there will be no confusion in future.