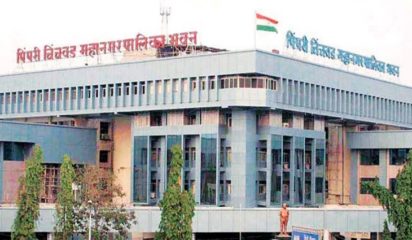 Pimpri: For the upcoming general elections, the Pimpri-Chinchwad Municipal Administration finally submitted a draft ward delimitation proposal to the State Election Commission, which would contain detailed information about the population and Contains detailed information about the geographical boundaries of the enumerator group (block). Its draft is expected to be released next week for objection suggestions from people on this. There is a lot of curiosity among the contesting candidates and citizens, including corporators, about how the new ward will be, which part will be added to it, which part will be left out.

Instructions to submit proposal for formation of model wards

The Pimpri-Chinchwad Municipal Corporation elections will be held in a three-member system. The municipal administration could not prepare the plan within the November 30, 2021 deadline given by the Election Commission, so the commission extended the deadline till December 6. The draft plan prepared by the municipal administration was presented to the commission in a pen drive on 6 December 2021. It was presented before the commission on 11 December. The commission had suggested some amendments in it. Changes were made accordingly, although the Commission had then directed the submission of proposals for the formation of model wards by January 6, 2022, containing detailed information on population, geographical boundaries of the enumerator group (block) for confirmation of reservation. Later its term was extended till January 15.

Objections and suggestions will be invited

Accordingly, the calculation of membership and reservation, details of area and boundaries, enumeration group and population included in the election wards, enumerator group wise information, ward wise descending order of scheduled castes, descending order of scheduled tribes, joint details of members and regarding reservation, division The committee’s certificate The proposal was presented to the Election Commission, including the proposed detailed documentary information such as the document of the certificate to be issued in relation to the draft ward structure. Assistant Election Commissioner Balasaheb Khandekar personally went to Mumbai and presented the proposal to the commission. Now all eyes are on when this ward delimitation draft will be released. The draft is expected to be published next week and objections and suggestions will be invited. The commission is expected to complete the process of hearing the objections even as the elections go ahead.

Additional commissioner Jitendra Wagh said that the draft ward structure had already been submitted to the commission. Assistant Commissioner Balasaheb Khandekar has gone to Mumbai to present the detailed proposal. The proposal was presented to the Election Commission in the afternoon. When to publish the plan, when and for how many days the objection is to be taken, when to leave the reservation, the commission will give its full program? The plan will be published accordingly. The ward structure has keen interest among the corporators as well as the interested candidates and citizens. I am very curious about how the new ward will be, what part has been added, what part is left out. Ward delimitation is being discussed everywhere. How many changes did the commission make in the plan of the corporation and if the plan is accepted as a status quo, when will the plan be published to the citizens? The candidates are questioning the election department regarding this.

There will be a ward for three members 45 and 4 members.

Due to the strictness and action of the Excise Commissioner in UP, there is a stir in the department, non-district teams are doing surprise...