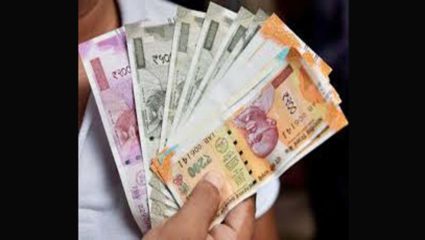 Pimpri: People suffering from chronic diseases, accidental injuries and natural calamities will soon get ‘meaningful’ relief from the ‘Amir’ Municipal Corporation. Keeping in mind the cost of treatment of various diseases caused by viruses like corona, rising inflation, state-of-the-art medical services and facilities, it has been decided to provide financial assistance of Rs 15,000 instead of Rs 5000. . Accordingly, the State Government will be requested to allow the Pimpri-Chinchwad Municipal Corporation to give a grant of Rs 50 lakh to the Public Charitable Trust instead of Rs 25 lakh. Only after the approval of the state government will the way for providing financial assistance of up to Rs 15,000 to poor patients be cleared.

Pimpri Chinchwad Municipal Corporation was established on 11 October 1982. The ‘Amir’ Municipal Corporation was converted into ‘B’ class on the basis of rapid urbanization and growing urbanization criteria in just 40 years. Pimpri Chinchwad metropolis, popularly known as Cosmopolitan City, has a population of 2.5 million. Recognized as the best city, Pimpri Chinchwad is now poised to become a ‘Smart City’. The growing population has also created many socio-economic problems. Medical care is one of the major issues. Every year the Municipal Corporation spends crores of rupees on the medical department. Thousands of patients are treated in 28 dispensaries including nine hospitals. However, the number of patients getting treatment in private hospitals is also substantial.

Many patients suffering from chronic diseases and displaced due to accidents, run to the municipal officials due to financial constraints. Many former and current public representatives generously help. However, due to financial constraints, the Municipal Corporation established the Pimpri-Chinchwad Municipal Public Charitable Trust on 4 September 1991. Its purpose was to finance medical treatment, natural disasters and man-made disasters. The chairmanship of this organization, registered with the Charity Commissioner, was handed over to the Mayor. The Trust consists of Deputy Mayor (Vice President), Joint Commissioner (Secretary), Chief Accountant (Treasurer), Chairman of Standing Committee, Chairman of Legislative Committee, Leader of the House, Chief Auditor and Assistant Sports Commissioner.

According to the decision of the State Urban Development Department dated 18 December 2007, a grant of Rs 25 lakh is given to Pimpri-Chinchwad Municipal Public Charitable Trust every year. The grant provides financial assistance of five thousand rupees per patient to help patients suffering from various chronic diseases like heart disease, curvature, kidney and brain diseases, seriously injured patients in accidents and natural calamities in the city. However, due to the increasing incidence of various diseases, incurable diseases, accidents, various types of accidents and related surgeries due to virus like corona, rising cost of medicines, various tests, medical treatment, poor, common people could not afford the related financial treatment. can. Therefore, in the current era of inflation, the help of five thousand rupees is insufficient. Under this, it was decided to give a grant of Rs 50 lakh instead of Rs.

Passed a resolution to double the financial aid

In this regard, Mayor Usha Dhore said that as per the decision of the State Government dated December 18, 2007, the State Government has fixed a limit of Rs.5,000 for a patient suffering from chronic disease. Till now the same is being implemented. Though the Municipal Corporation has passed a resolution to increase the grant and double the financial assistance, the state government needs to take a stand on it.

One mistake and the whole ship sank in water, more than 300 people lost their lives, large number of school children were killed

Noise cancellation support is not available in iPhone 13, users complain

Give only Rs 3,555 every month and bring home this popular TATA car, know what the full offer is