‘Pensioner Day’ is celebrated for this special reason 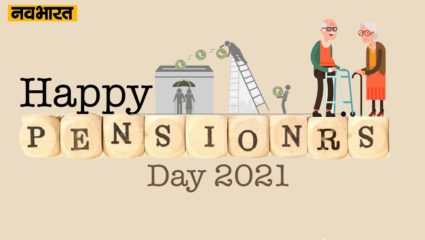 It is to be known that pension is a type of retirement plan, in which the amount is added during the job of the employees and after retirement, they are paid the amount as pension every month. However, after retirement, most of the employees face many problems in getting their pension and they have to wander here and there for pension. ‘Pensioner’s Day’ is celebrated for the purpose of solving those problems of the pensioners.

The scheme of pension provides financial security and stability during old age when people do not have any regular source of income. Retirement planning ensures that people have the facility to lead a dignified life and maintain their standard of living in the growing years of their age without any compromise. Pension scheme gives an opportunity to the people to invest and accumulate their savings which can give them a lump sum amount as a regular income at the time of retirement in the form of an annual plan.

According to the United Nations Population Division, life expectancy in India is expected to increase from 65 years at present to 75 years by 2050. The life span has increased due to better health and sanitary conditions in the country. As a result, the number of years after retirement has also increased. Thus rising cost of living, inflation and life expectancy have made retirement planning an essential part of today’s life. In order to provide social security to more and more citizens, the Government of India has started the National Pension System.

US sends rocket techniques to Ukraine to stall Russian advance

May tax revenues beneath final 12 months, nonetheless greater than anticipated