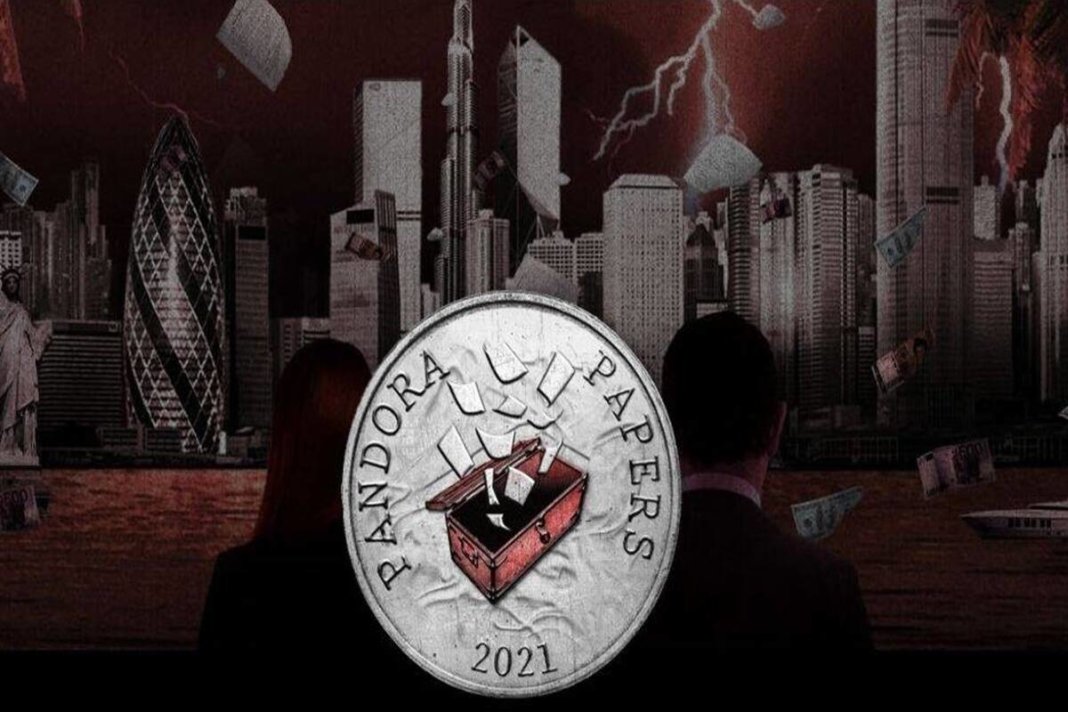 The names of such people have also appeared in the Pandora Papers who could have ended the offshore system but they took advantage of it. (Image- IE)

Pandora Papers: After the Panama Papers, there have been many important revelations in the offshore financial records leaked through the Pandora Papers. According to the Indian Express, Anil Ambani declares himself bankrupt in the British court but has asset holdings in 18 offshore companies. Just a month before fugitive Nirav Modi left the country, Modi’s sister set up a trust. Apart from this, Biocon promoter Kiran Mazumdar Shaw set up a trust with a person who has been banned by SEBI for insider trading. All these important revelations have happened in Pandora Papers.

More than 300 Indian names are included in the disclosures under the Pandora Papers, out of which about 60 are individuals and companies that are under investigation. The most shocking name in this list was the legendary former cricket player Sachin Tendulkar, who had asked for the liquidation of his company in the British Virgin Islands just three months after the Panama Papers revelations. In offshore tax havens, 29 thousand offshore companies and trusts were exposed from 1.2 crore documents received from 14 companies. These documents were received by the International Consortium of Investigative Journalists about two years ago. The Indian Express, for nearly a year in these documents, examined important aspects related to India, how some people invested in offshore assets keeping their identities a secret.

MFCentral: Time will be saved in buying and selling mutual funds, easily update personal details, know what is the benefit to investors

Most of the names included in Pandora Papers are unknown

After the revelations of the Panama Papers, many countries tightened their rules, many offshore entities, including India, looked for new avenues. Tax authorities in India identified undisclosed foreign and domestic assets worth about Rs 21 thousand crore in early 2021 this year. According to the Indian Express, many eminent Indians and NRIs have once again rearranged their offshore assets so that they do not fall into the hands of anyone.

Save Capital Gain Tax on Property Sale: There is a huge profit from selling the property, so know how you can reduce the tax burden on it?

Indian businessmen are investing in offshore trusts to avoid the eyes of their borrowers. In addition, those charged with economic matters are building offshore networks in tax havens such as Samoa, Belize or the Cook Islands, which are much larger than those in the British Virgin Islands or Panama. Most of those whose names have appeared in the Pandora Papers are under investigation, in jail or out on bail. Most of the people are under the scanner of CBI, ED and SFIO.

Crude oil and coal inflation spoiled the work of many sectors, do not invest money in these stocks, otherwise there will be a big loss

Those on whom the responsibility of dismantling the offshore system, are taking advantage

Apart from businessmen, the names of politicians have also appeared in the Pandora Papers. Many such names are included who have previously been Indian MPs or who have held big government posts in the country. Apart from this, the names of such people have also appeared in the list who could have ended the offshore system but they took advantage of it. According to confidential data received from 14 offshore service providers, this includes former revenue service officers, former tax commissioners, former senior military officers, former top law officers, etc.

Big people from all over the world are involved in this

Pandora Papers includes many big people from all over the world including India. In this the king of Jordan; Presidents of Ukraine, Kenya and Ecuador; The name of Tony Blair, Prime Minister of the Czech Republic and former Prime Minister of Britain, is also included. Through this, information about the transactions of more than 130 billionaires of other countries including India, Russia, America, Mexico and other countries including the official propaganda minister of Russian President Vladimir Putin is received.

After all, what happened that US Vice President Kamala Harris said to the migrants – ‘Don’t come to America’? Know what is the...