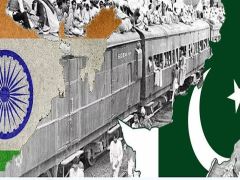 The condition of Pakistan today, Sardar Patel had foreseen it at the time of partition.
Patel had said that “Pakistan will not survive”. Jinnah told his Muslim followers who remained in India even after partition that now you should become a loyal citizen of India. Maulana Abul Kalam Azad’s assessment was that the Congress leaders did not readily accept the partition. Some out of anger and fury, other leaders got fed up and accepted it.

In fact, before the partition, these Muslim League people were made to understand that and because of their stupidity, these people had even assumed that if Pakistan was created, then Muslims, whether they belonged to the majority provinces or the minority provinces, would be “separated”. nation” shall be deemed. And they will have the right to decide their future in their own way. But, when this did not happen, the leaders of the Muslim League, who remained in India even after Partition, said that Jinnah had betrayed us. Left us in the middle.

LoC Ceasefire: It is India’s responsibility to create the right atmosphere for talks, saying that Imran again slams Kashmir rage

Sardar Vallabhbhai Patel had predicted at the time of the partition of the country that “a Pakistani building will collapse in a short time”. Subsequent events suggest that Patel was a visionary leader. In 1971, Pakistan was divided into two parts. Now some of the remaining states of Pakistan have also been swearing to separate from it. The economic condition of the country is worrying.

It was only then that Sardar Patel had said that “the new country Pakistan will not be able to live”. Maulana Abul Kalam Azad has also published Sardar Patel’s thoughts on the future of Pakistan in his book. Remember that his book titled “Azadi Ki Kahani” came out a long time ago. Maulana Azad was also against the partition of India. Gandhi was against it. Many leaders and people were against. Yet the division did not stop.

Sardar Patel had said before partition that “Muslim League will learn a great lesson by accepting the demand of Pakistan. By the way, Pakistan attacked India four times in the meantime on the pretext of Kashmir.

Pakistan had to face defeat every time. In these wars, both the countries suffered heavy loss of public and money.
Pakistan is suffering more. Still, Pakistan has been continuously sending terrorists inside India from outside.
All these works cost him a lot of money. But, Pakistan is not worried about it.

People say that the rulers of Pakistan have deliberately made their country a terrorist. The purpose is religious. Maulana Abul Kalam Azad, who was opposed to Partition, had said that the partition of the country was accepted by the Congress and also by the Muslim League. Congress was the representative body of the whole nation. The Muslim League enjoyed great support among the Muslims. So in general it should mean that the whole country accepted partition. But the situation was totally different. This acceptance is enshrined only in a resolution of the Congress Working Committee and in the records of the Muslim League.

Maulana Azad says that “the people of India did not accept the partition”. When a man is overwhelmed by fear or anger, he cannot objectively examine anything. That is, these advocates of Partition were working under the passion of the spirit. How could they understand what the consequences of what they were doing would be possible?

India Pakistan on LoC agreed to ceasefire from the night of February 24, will the ice on the relations melt?

Regarding the Muslims who remained in this country even after Partition, Maulana Azad has written in “Azadi Ka Kahani” that the most ironic situation after Partition was that of the Muslim League leaders who had stayed here. Many leaders of Muslims who stayed here after August 14, 1947 went to meet Maulana Azad. Maulana writes that his condition was pathetic. Everyone was saying in great regret and anger that “Jinnah has betrayed us. He has left us in the middle.”

In fact, the picture of Partition created by the regretful people in their mind had nothing to do with the situation. Maulana revealed that Jinnah’s supporters did not understand what the true meaning of Pakistan would be. Before the partition, these Muslim Leaguers were made to understand and because of their stupidity they even assumed that if Pakistan was created, Muslims would be treated as “separate nations” whether they belonged to majority provinces or minority provinces. . And they will have the right to decide their future in their own way.

Maulana Azad writes that “Now that the Muslim-majority province left Hindustan, these legis realized that these people had not gained anything from partition, but had lost something. Jinnah’s last message broke his back. They, that is, the Legi Muslims, became more weak. By their stupidity, those Legis created more anger and resentment among the Hindus.”

(The author is a senior journalist and political affairs expert)

‘Iran itself attacked the Israeli ship with a drone’, after Israel, Britain-US also admitted that Tehran is the accused

Potato Rs 45 and onion up to Rs 100 per kg, spoiled kitchen budget; No relief before diwali