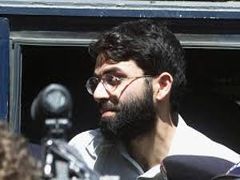 Pakistan’s Supreme Court has today ordered the release of terrorist Ahmed Omar Saeed Sheikh, the main accused in the murder of American journalist Daniel Pearl. Sheikh said in his statement that he had little role in Pearl’s murder. A three-judge bench headed by Judge Musheer Alam directed the release of the accused but one of the judges opposed the verdict.

Let us tell you that Omar Saeed Sheikh is among the three terrorists released by India who were released in 1999 in exchange for the passengers abducted in an Indian aircraft in Kandahar with Jaish-e-Mohammed’s master Masood Azhar.

Earlier, the Sindh High Court of Pakistan had ordered the release of four convicts in the 2002 murder of American journalist Daniel Pearl. America was infuriated by this action of Pakistan. At that time the US had said that this is a very serious matter and cannot be tolerated.

The four accused, including Sheikh in the High Court, appealed in the High Court in April 2020 after an 18-year sentence. On hearing this, the court acquitted Sheikh Adil, Naseem and Saqib in the murder case, while changing the death sentence of Omar Saeed Sheikh to 7 years. By that time, all these 18 years had been sentenced, so this 7 years was counted in this.

Along with this, he was also fined 20 lakh Pakistani rupees. At that time, the court’s decision to release him was severely criticized. There were reports that under pressure from the US, the local government had appealed to the Supreme Court, but now the Supreme Court has also ordered the release of Omar Saeed.

Significantly, Daniel Pearl was an American journalist. In 2002, he went to Pakistan to do an investigation report on terrorist organizations. During this time he was abducted. His head was later beheaded. Four terrorists were arrested in this case.

Honda Activa 6G: Other than this best-selling scooter, here are 2 more that have made a mark in India

For at some point, film tickets can be simply $3 within the overwhelming majority of…