Opposition’s attack on the merger bill of all three MCDs of Delhi, allegation – Modi government is damaging the federal structure 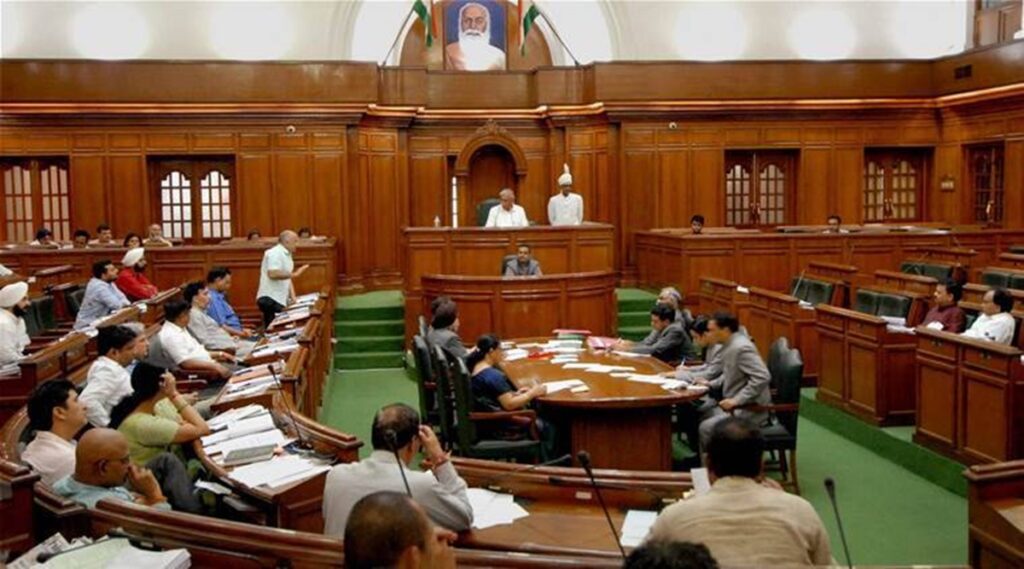 The Central Government introduced a bill to integrate the three MCDs of Delhi in the Lok Sabha. Now the opposition party attacked the government regarding this and called it unconstitutional.

On Friday, the central government introduced a bill to unite the three municipal corporations of Delhi in the Lok Sabha. Now the opposition party has attacked the government regarding this and has termed this move of the government as unconstitutional. The opposition parties took this step out of the statutory power of Parliament. Union Minister of State for Home Nityanand Rai introduced the Municipal Corporation of Delhi (Amendment) Bill, 2022 in the Lok Sabha. Responding to the opposition’s allegations, Rai said that under Article 239AA of the Constitution, Parliament has the right to amend a law passed by the Delhi Assembly.

Yogi 2.0 Cabinet Decision: Now free ration will be available in UP till June, the first major decision of the new cabinet of Yogi government

Bill introduced a month before elections

The Central Government has brought this bill in the Lok Sabha a month ago in all the three municipal corporations of Delhi. The Aam Aadmi Party is making a scathing attack on the BJP that it is deferring it due to the fear of defeat in the MCD elections. The BJP has been in control of the Municipal Corporation of Delhi for the last 15 years and the Aam Aadmi Party is now looking at an opportunity to win the MCD elections. There are 272 seats in the three municipal corporations of Delhi – North MCD, South MCD and East Delhi MCD. North and South MCDs have 104-104 seats while East MCDs have 64.

Anil Ambani resigns on the orders of SEBI, left the post of director of two Reliance Group companies, now he got the responsibility

This is the charge of the opposition

In the Lok Sabha, Revolutionary Socialist Party (RSP) MP NK Premachandran, Congress MPs Gaurav Gogoi and Manish Tewari and BSP’s Ritesh Pandey have called this amendment bill unconstitutional. Premachandran described this bill as obstructing the work of the assembly, then Pandey says that such an amendment cannot be done according to the provisions of Article 243U. Tiwari says that according to Part 9A of the Constitution, the formation of a municipality is part of the power of the state government. Gogoi has called it an attack on the federal structure of the Constitution.

These are the arguments of the government

Union Minister of State Rai says that the division of Delhi MCD according to territorial division was uneven and the ability to generate revenue on the basis of available resources vis–vis liabilities is very low. Rai said that the target of providing better civic services to the people of Delhi has not been achieved in the last 10 years. According to Rai, when the three MCDs come together, its efficiency and transparency will increase. There is a provision in this bill that after its passage, the central government can appoint a special officer if needed, who can exercise its powers before the first meeting of the MCD.

Gold purchases increased in the festive season, yet business may be reduced by 25% from last year

As the festive season starts, Raunak is returning to the markets again, which was lost…

File Photo Mumbai. The cases of Coronavirus are increasing continuously in Maharashtra. Along with this,…