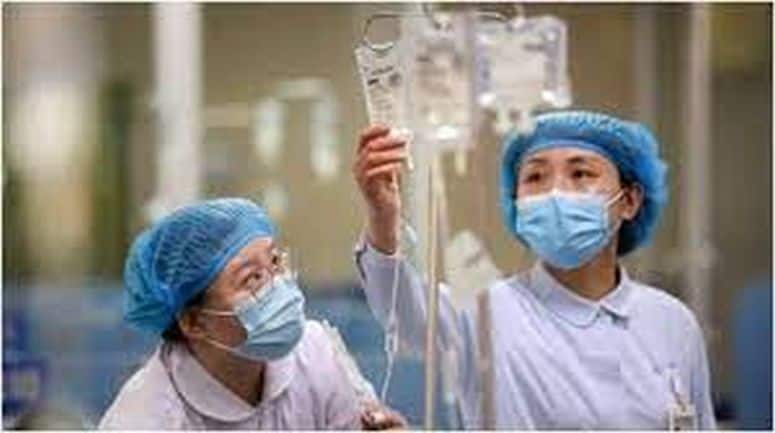 The new variant of the corona virus, Omicron, is causing havoc all over the world. Many countries have been hit by it. The Omicron variant was first detected in South Africa. New research on this has again made people worried.

Scientists have considered three possibilities on its origin. First, that Omicron has spread to humans with the genome test. Or it could be a mutation in an immuno-compromised patient with long-term infection.

The third reason for this is this reverse zoonosis product, that is, it first infected animals and then entered back into humans. The third reason for the scientists of the Chinese Academy of Sciences is the origin of the Omicron. According to new research by Chinese scientists, the oomicron variant of the Sars-CoV-2 virus can develop within mice and return to humans.

According to the news published in Hindustan Times, at present, many scientists are more in favor of the second possibility. This is because at least one variant of concern (VOC) is likely to be the base variant of the Alpha.

The report of Chinese scientists, published in the Journal of Genetics and Genomics, has also expressed the possibility of a third of the three reasons. First, they calculated that the coronavirus typically evolved at a rate of 0.45 mutations in a month, which includes all other VOCs. However, the number of mutations in the Omicron variant means that it has evolved three times faster, at 1.5 mutations a month, which is not detected at the natural rate of evolution within humans.

Second, and most importantly, they found that the molecular nature of mutations in oomicron variants was not the same as when the corona virus evolved within humans when it was first detected in humans. However, the mutations were consistently prevalent in animals, especially in mice.

Third, they found two B. 1.1 family viruses closely related to the Omicron variant, where it was last observed in May 2020. Until then, the mutations in those two viruses were on the expected lines. This means that Sars-CoV-2 has taken a significant leap forward in being able to infect mice.

They wrote that their findings suggest that the ancestor of Omicron experienced a reverse zoonotic event from humans to mice during the pandemic (most likely in the mid-2020s) and back again in humans in late 2021. previously experienced accumulated mutations in a mouse host for more than a year.

WhatsApp has made a big change regarding the privacy policy, now this way users will get alert

Coming Samsung’s flagship smartphone Galaxy S22, will be smaller than the iPhone but strong in terms of features