NPS: Recent Changes in National Pension System Rules that you need to know 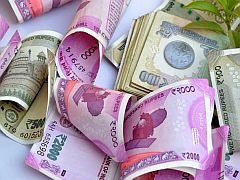 National Pension System (NPS) is a social security scheme of the central government which is also for government, private and unorganized sector employees. In this, people are encouraged to invest in a pension account at regular intervals during the course of their employment.

Subscribers can withdraw a part of this fund after retirement. NPS is regulated by the Pension Fund Regulatory and Development Authority (PFRDA).

Know the reports of brokerage houses on BANKS and BHARTI AIRTEL

The following changes have been made in the NPS rules recently:

Subscribers joining NPS after 65 years have been allowed to allocate up to 50 per cent of the fund to equity. However, if the subscribers opt for auto choice, then this share will be only 15 per cent.

Know About Life Insurance Corporation of India – LIC of India