Now these 3 more players of West Indies are ‘closed’ in Pakistan, threat looms over the rest of the matches 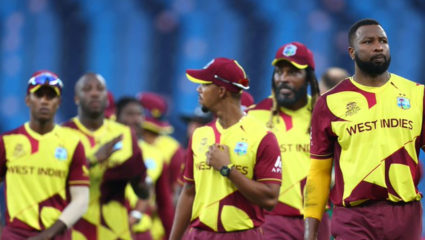 3 players of the West Indies cricket team that visited Pakistan have been found to be Corona positive. According to reports, the team’s wicket-keeper Shai Hope, left-arm spinner Akeel Hossain and all-rounder Justin Greaves were tested for COVID-19. In the test reports, all three players were found to be corona infected.

Apart from 3 players of the team, Roddy Estwick, an assistant coach of the West Indies cricket team and physician Akshay Mansingh have also been found infected. All of them have been quarantined after being found to be COVID positive. Following this news, the West Indies Cricket Board issued a statement and said that the three players and support staff would not participate in the upcoming matches. The board has said that till the time the corona test report of all of them comes negative, then all of them will follow all the rules and provisions under the COVID protocol.

It is worth noting that even before this, 3 more players of the West Indies team have been infected with Corona, including the names of left arm seamer Sheldon Cottrell, all-rounder Roston Chase and Kyle Myers. That is, 6 players of the West Indies team that went to Pakistan to play a bilateral series against Pakistan have been found to be COVID positive.

Election Results 2022: 2 sitting and 5 former chief ministers had to face defeat in the assembly elections of 5 states

Business Idea: Start this business with a job, only 15 minutes have to be taken out time, every month you will earn big

Business Idea: In today’s economic age, there are many such people, who get less salary…