Now the business of ‘rental womb’ will be banned, the President approves the new law 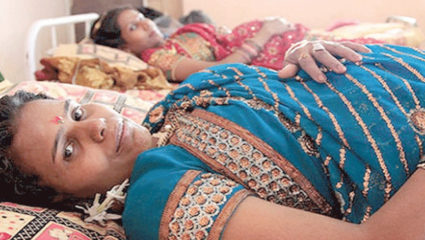 New Delhi. According to the big news of the morning, now the President of the country Ram Nath Kovind has also given his necessary approval to the Surrogacy (Regulation) Act 2021. With this, now after getting the assent of the law by the President, it will be implemented as a law soon after publishing it in the gazette. Be aware that through this law, necessary provision has also been made to give statutory recognition to surrogacy and to make its commercialization illegal.

This new law brought by the Modi government at the Center will also curb the misuse of surrogacy on a commercial scale. Through this new law, surrogacy will be allowed only for achieving motherhood. Along with this, now through this law, no other financial compensation will be given to the surrogate mother except medical expenses and insurance coverage during the period of pregnancy. Earlier people used to spend more and more for surrogacy, due to which surrogacy was being adopted for economic gain or other profit and business as well.

But under the new law, surrogacy will now be allowed only if the child is affected by medically proven infertility. Through this law, there will also be a big ban on the sale of children, prostitution and any other form of exploitation. It is to be known that the Surrogacy (Regulation) Bill, 2019 was passed by the Rajya Sabha on December 17. At that time, it was approved by voice vote in the House amid uproar by the opposition. However, this bill was already passed in the Lok Sabha.

Know what is surrogacy?

Be aware that surrogacy is a new technique of producing children. Yes, in this technique, due to any physical weakness of the mother or father, if they are unable to give birth to a child, then they can resort to it. Under this, the womb of a woman is taken on rent. The sperm is then implanted in this womb through IVF. A woman who carries a couple’s child in her womb is called a ‘surrogate mother’. Before this, there is a special agreement between the surrogate woman and the couple. The surrogate mother is given all the necessary help and money to take care of herself and for medical needs during pregnancy.

Diamond’s Panmure in talks about £37m takeover of finnCap

Russian Foreign Minister Sergey Lavrov will visit China next week. Their visit comes in the…

Shannon Liss-Riordan agrees to ‘People’s Pledge’ in Massachusetts lawyer normal race, whereas Andrea Campbell doesn’t deal with it at discussion board

Bhagwant Mann: Delivering what we promised – 300 models of free electrical energy in Punjab from Friday