Now cheating in the name of scratch coupons, new tricks are coming every day, citizens are also alert from public awareness 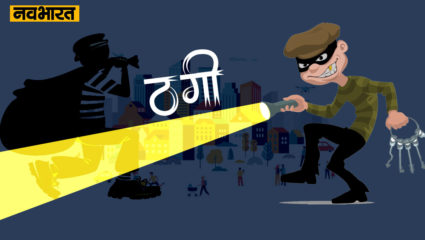 Nagpur. Cybercriminals are trying new tricks every day to cheat people, but the good thing is that people are also being alerted by public awareness. One such case came to the fore recently. On January 8, an envelope arrived from the speed post at the house of Shakeel Ahmed, a resident of Kamgarnagar. On opening the envelope, a letter was found on the letter head of the Amazon company in which it was informed that the company is celebrating its 8th anniversary. Distributing reward by scratch coupons to its customers. When Shakeel scratched the coupon, it came to know that a reward of Rs 7.50 lakh was found. The WhatsApp number was also given on the letter. A few days ago, he had seen a webinar of Cyber ​​Police Station in which public awareness was made about this type of fraud.

Shakeel understood the whole matter. Still, he called on the number to know the new fund. The person who picked up the phone asked him the code of the coupon and informed about the reward of Rs 7.50 lakh. In a few minutes, the amount will be deposited in his account, saying that he took the number of the bank account. Shakeel had called from another number without giving the mobile number registered with the bank. After 10 minutes a message came on the same number in which information was given about the amount being deposited in the bank account. Later it was told that the amount will be deposited in the account only after depositing Rs 7,500 as service tax. An account number was also given for this, but Shakeel was already aware of such fraud and escaped being a victim.

On discussing this with the cyber police station’s API Keshav Wagh, he told that there is only one way to avoid cyber fraud and that is vigilance. Police is constantly taking webinars to make citizens aware. So far the message has reached millions of people. This is the reason that there has been a decrease in the complaints of online cyber fraud. Till the year 2020, there was an increase of 1,200 complaints in the cases of cyber fraud, but in the year 2021, 868 cases have decreased. The 1,200 complaints which were increasing every year were also stopped. This means that 2,068 cases have come down. This has been possible only through public awareness. Like Shakeel, everyone should be careful while behaving. People fall prey to fraud in greed.

People delay in complaining after being a victim of cyber fraud. After the money is deposited in the thug’s account, the chances of getting the amount back are negligible, but those who complain on time also get relief. Last year, the police got back Rs 1.71 crore to the victims of cyber fraud. The money was stopped from going into the account of the accused. With the help of technical investigation, the police has done the work of getting the lost mobiles back to 386 people.

Wagh told that there is a golden period of 3 hours in online cyber fraud. If the complaint is made at that time, the chances of getting the money back are high.

Every mobile banking and payment application has the facility to report any misbehavior immediately but people don’t use it.

Pay attention to all the notifications sent by the bank on your mobile. People ignore the offer messages. In case of any such incident, immediately call the customer care of the bank.

In case of any fraud, first complain with the bank statement to the concerned bank branch and then to the cyber cell or cyber police station of the nearest police station.

In case of any kind of automatic transaction, fill the dispute form in the bank. If you do this in time, you can get the amount back.

LAC dispute: China deployed 60,000 troops near Ladakh; Roads being built in many areas

Nifty-50 may touch the figure of 17,200, know which stocks can make profits

Union Minister Narayan Rane’s big allegation on Mahavikas Aghadi, said- the government is implicating my son on a fake case