Not only today’s humans, even 2700 years ago people were eating blue cheese and drinking beer, claims a study 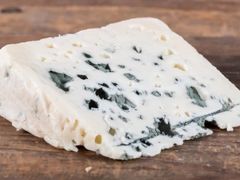 Human beings love cheese and beer and their love for it is very old, but a scientific study released on Wednesday claimed that even before you, workers of a salt mine in Austria Been enjoying Blue Cheese and Beer already 2,700 years ago. Scientists made this discovery by analyzing samples of human excreta found in the Hallstatt mine in the Austrian Alps. The study was published on Wednesday in the journal Current Biology.

Frank Maxner, a microbiologist at the Eurac Research Institute in Bolzano, Italy, who is the lead author of the report, said he was surprised to learn that even salt miners two centuries ago were quite capable of using fermentation. It is through the fermentation process that beer is given both its alcohol content and its carbonation.

Maxner said, “It’s a big deal. It’s something I didn’t expect at the time.” According to the researchers, this discovery was the first evidence to date of the ripening of cheese in Europe.

While alcohol consumption is certainly well documented in older writings and older evidence, the feces of salt miners were the first molecular evidence of beer consumption on the continent at the time.

“Not only was the ancient cooking arts complex, but fermentation in the processes of cooking has also played an important role in the history of our food,” said Kerstin Kovrik of the Natural History Museum Vienna.

According to Maxner, a UNESCO World Heritage Site, the city of Hallstatt has been used for salt production for more than 3,000 years.

He explained that this community is located in a very special place, in the Alps, that too in the middle of it. The entire community worked and lived from this mine. The miners spent their entire day there, working, eating, and there, they went to the bathroom in the mine.

Miners’ feces were particularly well preserved due to the constant temperature here of about 8C (46F) and the high salt concentration in the mine.

One of them, about 2700 years old, was found to contain two fungi, Penicillium rocforti and Saccharomyces cerevisiae. Both of these are known today for their use in cooking.

Investors became rich from 16 Hazari Nifty, 8 times investment in one day, now what next?

15-day curfew implemented in other cities including Kathmandu to prevent infection, havoc of Corona in Nepal