No principal in 178 colleges of Mumbai University, information received from RTI 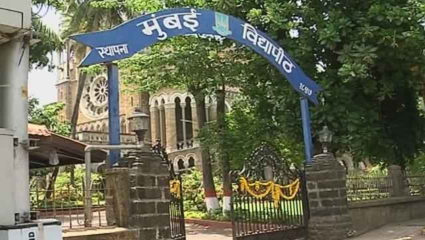 Mumbai: On one hand the state government is trying to infiltrate ministers in the selection of Vice Chancellor, while on the other hand the shocking fact has come to the fore that 178 colleges under Mumbai University do not have principals. In the list of colleges given to RTI activist Anil Galgali, it has been found that full time principals are running colleges without the trust of in-charges.

Shocking information has come to the fore in the reply of RTI that the Mumbai University administration has no information about the status of the principals of 23 colleges.

808 colleges are affiliated to the University of Mumbai

RTI activist Anil Galgali had sought information from the principal of the college under Mumbai University. The College Teacher Recognition Cell of Mumbai University has given a 38 page list. A total of 808 colleges are listed in this list, out of which 81 colleges have the post of director instead of principal. Out of 727 colleges, 178 are without a principal, while the information of 23 colleges is not available on the university records.

It is the moral responsibility of the Minister of Higher and Technical Education and the Vice Chancellor of Mumbai University to take action against such colleges. It is a matter of investigation that on what basis did he approve the proposal while accepting the new course and how can the new course be allowed in such a college, when there is no principal? There is no infiltration of brokers in them, are they?

The management of every college wants that it should have a regular principal, but the process of appointing a principal in colleges is so complicated and lengthy that it takes one and a half to two years. For this, All India advertisement has to be drawn and NOC has to be taken for the draft of that advertisement also. How many rounds do colleges have to make to get NOC? Approval will have to be arranged in such a way that if the colleges do not get the NOC within time, then it is considered as a deemed NOC. Now the time has come to make it a little simpler as well as time bound.

Gold and silver become cheaper after Holi, know how much you will have to pay for ten grams of gold