No decision has been taken on cutting age limit for tickets in Shiv Sena: Mayor Kishori Pednekar 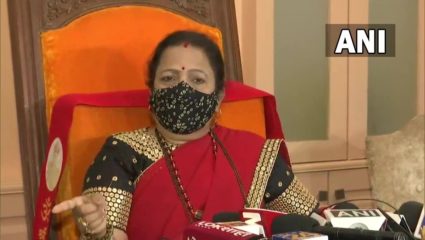 Mumbai: On one hand, while the corona virus has created an uproar in Mumbai, on the other hand the major political parties of the state have started their preparations for the upcoming municipal elections. Mumbai Mayor Kishori Pednekar has given a big statement regarding the Mumbai Municipal Elections. Mayor Kishori Pednekar has said that no such decision has been taken on the cut in age limit for tickets in Shiv Sena for the upcoming BMC elections. CM Uddhav Thackeray and Aditya Thackeray will decide who will give ticket to Shiv Sena party in BMC elections.

Congress, BJP, NCP, Shiv Sena and other political parties have started their preparations for the BMC elections. A few days ago, there was news in some media that in the upcoming municipal elections, Shiv Sena will give tickets to those candidates whose age is less than 45. Rejecting this news, the Mayor of Mumbai said that CM Uddhav Thackeray and Aditya Thackeray will decide who will be given ticket in the BMC elections.

Significantly, regarding the Mumbai Municipal Elections, the Congress has already announced that it will go to the fray alone. The BMC elections are likely to be held in February. All the political parties have started their preparations for the municipal elections. Political experts say that this time the Aam Aadmi Party can also open its account in the municipal elections.

Driving here means courting risk, the roads of this country are the most dangerous, India is also named in the list.

Good news for the economy, the growth rate is expected to be 11.5 percent in the June quarter