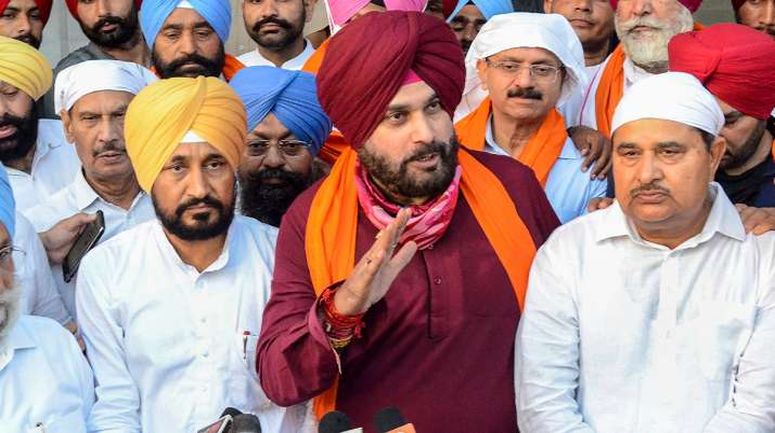 Actually, a video of Sidhu is going viral on social media, in which he is seen abusing Punjab Chief Minister Charanjit Singh Channi.

In the viral video, Sidhu purportedly abused Chief Minister Charanjit Channi, saying that this man will drown the Congress in 2022 (assembly elections). They (Congress leadership) should have made me the chief minister.

SAD vice-president Daljit Singh Cheema alleged that the SC card played by Congress to divert attention from its failures in Punjab may backfire with Navjot Singh Sidhu’s statement that the chief minister cannot do good work for the party.

Cheema alleged that Sidhu had also shown that he had in mind for the SC community and the Chief Minister by not waiting for even two minutes for Chief Minister Charanjit Singh Channi to come on the occasion of launching the party’s protest against the Lakhimpur incident. What an honor

A Congress delegation led by Sidhu had gathered in Mohali on Thursday before going there to protest the violence in Uttar Pradesh’s Lakhimpur Kheri. Chief Minister Channi also joined Congress leaders briefly before leaving for Lakhimpur from Mohali.

Cheema was referring to the video, which is purportedly from when Sidhu was waiting for Channi to arrive along with Punjab ministers Vijay Inder Singla, Pargat Singh and other leaders. The SAD leader referred to the purported video in which Sidhu can be heard making the remarks.

The Akali leader said it was clear from Sidhu’s statements that he had no love for farmers and their interests and was only indulging in one-sided games to get the top post in the state. Cheema said that such persons who put their ambition above the welfare of the people, they cannot give any direction to the state. They are completely exposed.

Are you also troubled by Corona caller tune and do not want to hear this message during the call, you just have to do...

Personal Loan: These 10 banks are giving personal loan at the cheapest rates, loan will be available even at 8.9%

After the earbuds, now Realme’s DIZO phone will be launched, the company shared the teaser