National flag is also not untouched by the effect of lockdown, 50% of sales fell; Is related to Hubli in Karnataka 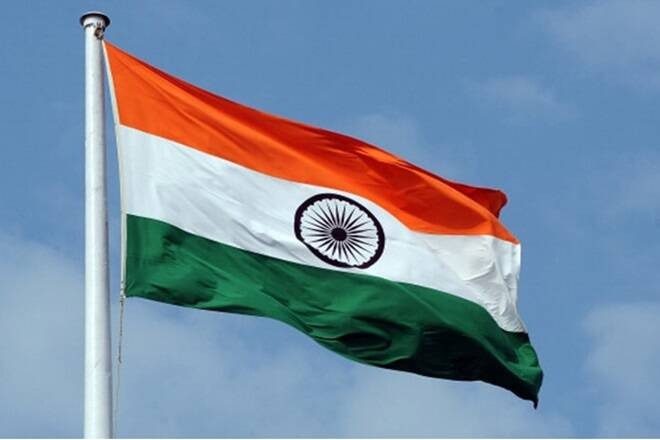 74th Independence Day: Today, the celebration of 74th Independence Day is being celebrated all over the country. On 15 August, the Prime Minister is going to hoist the National Flag once again at the Red Fort in Delhi. But this time the coronavirus epidemic has had an impact on the sale of the national flag as well. Due to the applicable lockdown due to Kovid 19, sales have fallen by 50 per cent.

Only one Authorized and Certified National Flag in the country to make the tricolor hoisted in the Indian Embassy abroad, even at the time of flag hosting by our army, at the Red Fort, Rashtrapati Bhavan, Rashtrapati Bhavan, Parliament House, every government building. Manufacturing unit and that is Karnataka Khadi Village Industries Joint Federation (Federation), KKGSS, located in Bangeri area of ​​Hubli city of Karnataka. It is certified by the Federation Khadi and Village Industries Commission. The flags made here are only of cotton and khadi.

KKGSS (Federation) Secretary Shivanand Mathapathi told Financial Express Hindi that manufacturing and sale of the national flag have also not been untouched by the Kovid 19 lockdown. It has suffered a blow of 50 percent. Even though the unit remained closed at the time of lockdown, there is still less arrival of workers in the manufacturing unit due to short term lockdown and epidemic fear from time to time. According to Shivanand, under the KKGSS, about 500 workers are currently involved in making threads for the tricolor from the flagging of the flag. 90 percent of them are women. Last year, KKGSS sold a national flag of Rs 3 crore.

Federation came into existence in 1957

KKGSS was established in November 1957 and started making Khadi from 1982. In 2005-06, the Federation received certification from the Bureau of Indian Standards (BIS) and after that, the national flag began to be built here. Wherever the national flag is officially used in the country, flags made from here are supplied. The Indian embassies present in other nations also go here as tricolor. The steps to prepare the national flag are such as – thread making, fabric weaving, bleaching and dyeing, chakra printing, sewing of the three strips, ironing and toggling (Gulli tying).

High-quality thread is made in Bagalkot unit

In another unit of KKGSS located in Bagalkot, yarn is made from high-quality raw cotton for the national flag. This unit is also called the Bagalkot unit. The tricolor is made by threading machines and spinning by hand. After this, the cloth is prepared in Gadankeri, Beloru and Tulsigiri units. After that, dyeing and other processing of tricolor are done in the Hubli unit. Please tell that the tricolor cloth is stronger than jeans.

Tricolours of different sizes are made from the tricolour to be placed on the table and hoisted at Rashtrapati Bhavan. A total of 9 size flags are made, which are like this….

It is important to take care of every detail

The BIS checks the quality of the national flag to be made in KKGSS and the flag is rejected if it is slightly defaced. The quality of the tricolor is checked 18 times on each section. The colour shade of the finished tricolor should not be different from the color shade that the KVIC and BIS have prescribed for the tricolor. Care should also be taken that there is no slight difference in the length and breadth of saffron, white and green cloth. It is important to have the printing of Ashoka Chakra on the front and back of the flag. Explain that according to the provisions of Flag Code of India 2002, any kind of defect in color, size or thread in the flag manufacturing is a serious offence and in this case, there can be fine or jail or both.

Pashu kisan credit card: cattlemen will get loans up to 1.60 lakh without guarantee, 4 lakh people applied

IT Refund: Income tax department sends 1.29 lakh crores to 39 lakh taxpayers, check your status like this