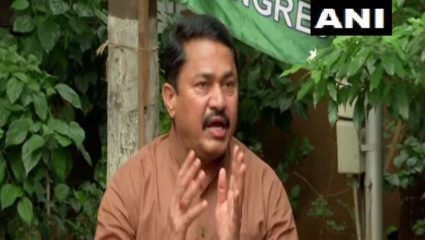 Pune: The Narendra Modi government at the Center is doing the work of giving the country’s public enterprises and national assets to the industrialists from the country in the name of ‘National Monetization Pipeline’. Through this, the BJP is working to take the country towards poverty, Congress state president Nana Patole gave such an intention.

Human rights are being violated

Nana Patole said that due to privatization the rights of common people are being violated. Indira Gandhi privatized banks at one time, due to which the doors of banks were opened for the poor and common people, but today due to the decisions of the Modi government, people have to pay money to fill their accounts. He said that today the sovereignty of the country is in danger due to privatization of railways, public airlines, banks, LIC, ports. Earlier, the country has seen many Prime Ministers who give importance to the country more than their lives. But today Modi has to worry about his life first.

The impact is visible in the elections

Sonal Kumar Bose said that the process of privatization is going on in various departments of the Railways. Today railway workers are also facing many problems. Education of children of railway employees, health facilities, railway cleanliness, ticket printing are being privatized by including non-core. Mayankar said that in the last seven years only people like Ambani and Adani are being served, but common people are being pushed into problems. Its effect is now visible in the elections. Gopal Tiwari, in the preamble, strongly condemned the wrong policies of the Modi government and clarified the role of organizing the webinar. Memorial committee member Shashank Patil proposed vote of thanks.

Rigorous imprisonment to the old man who molested the girl, the decision of the District and Sessions Court

How to get your list of beneficiaries under Shramik Card Yojana