Myanmar Ambassador to Britain had to pay the price of speaking out against the military government, prevented from entering the London office 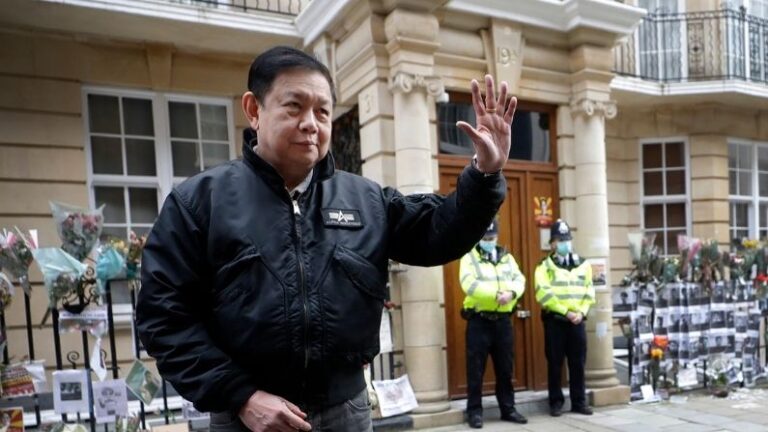 The Ambassador told the Daily Telegraph that they are refusing me to go inside. They are saying that they have got instructions from the capital, so they are not letting me in

Myanmar’s ambassador to Britain, who has criticized the military coup in the country, says his colleagues forced him out of office in London. Qawwa Zawar Min said that he was barred from entering the embassy by diplomats loyal to the military rule on Wednesday evening.

The ambassador has described the move as a “rebellion”. However, it is not yet clear whether the UK has taken any step in this matter. Last month, the ambassador demanded the release of Myanmar’s democratic leader Aung San Suu Kyi, who was overthrown by the military on 1 February.

The ambassador told the Daily Telegraph that they are refusing me to go inside. They are saying that they have received instructions from the capital, so they are not letting me in. Britain’s Foreign Secretary Dominic Raab on Thursday condemned the action of the Myanmar military regime and praised the ambassador’s courage.

Since the coup in Myanmar, there have been frequent protests against the military government, in which many people have died. Security forces attacked a town in northwest Myanmar on Wednesday where some residents used home-made rifles used to protest the military’s overthrow of power. Local news reported that at least seven civilians were killed and several others were injured in the attack.

News website ‘Khonmathang Burmese’ said that the attack on Kalya was carried out before dawn. Rifle bullets, high caliber weapon sounds and hand grenades explosions can be heard in the video of the scene. The post on social media said that rocket fired grenades were used in the attack but no evidence was given in this regard.

The news site said that several people were injured and seven people were arrested in the city with the death of seven people. More than half of the city’s population are members of the Chin ethnic community. According to the Assistance Association for Political Prisoners, at least 581 protesters and passers-by have died in military action against protesters since the February coup of Aung Sang Suu Kyi’s elected government.

Also read: Can corona be cured by eating ‘bullets’? Scientists engaged in making this ‘new weapon’ to fight the virus

Also read: How the cells present in the body become ‘factory’ to fight the virus after the introduction of the AstraZeneca vaccine, see photos

Gold Price: Gold is getting cheaper by Rs 3,000 this year than last year’s Dhanteras, should you buy?

After rising continuously for a few years, gold prices have been trading in a narrow…

When the entire SSR murder mystery took a whole new turn towards this drug angle,…

New startups have been stepping into the electric two-wheeler market one after the other. The…