Municipal elections in the last week of March!, will meet for 2 weeks for objection and hearing on division composition 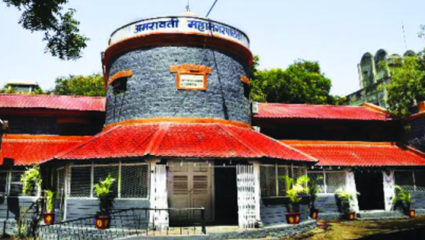 Amravati, According to the rules, the proposed municipal elections in February this year are indicated to be held in the last week of March. The Metropolitan Municipality has given the rough draft of the division composition to the Election Commission. The division draft is likely to be approved by the Election Commission by the end of this month. The division will get two weeks’ time for objection and hearing on the composition draft. After that the division reservation will be decided. With the disposal of information and objection on reservation, the election program is expected to be announced.

Code of Conduct in February

Various speculations are being made regarding the municipal elections. As of now the division composition format is not approved, experts say that the election is not possible before April. Even if the division composition draft is approved this week, then the process of hearing of information and objections, determination of reservation, objection on reservation etc. will go on for more than one and a half months. Tenth, 12th and other examinations will continue in the month of March. The education of students can be affected by the election campaign. In view of this, elections in March are not likely. At the same time, seniors of the administration say that in view of the signals being received from the Election Commission, elections can be held in the last week of March.

The term of the current executive will be completed

The term of the present executive of the Metropolitan Municipality is ending on March 8. Elections are expected to be held before the completion of the term. In this context, elections were likely to be held in February. But now this is not possible due to the delay in the pre-election process. Considering the current state of the election process, the chances of elections before April are slim. Due to which the entire tenure of the present executive will be completed.

Marcus Stroman was ‘gutted’ after Roe overturned. ‘It’s their physique, it’s their alternative till the day I die,’ the Chicago Cubs pitcher says.

In this photograph illustration, the Coinbase brand is displayed on a smartphone display screen.Rafael Henrique…