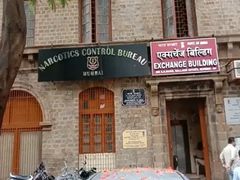 After witness Prabhakar Sail in Aryan Khan case claimed that Narcotics Control Bureau (NCB) had asked him to sign on blank paper, a witness in another drug case It is alleged that the agency had also got them signed on similar blank paper earlier this year. Shekhar Kamble, a resident of Navi Mumbai, who is a witness in a drug case being probed by the NCB in August this year, claimed that the probe agency took his signatures on 10 to 12 blank papers and later made panchanamas without his knowledge. Given. Kamble said Cyle’s recent interview inspired him to speak up and “bring out the truth”.

When contacted for comment on the allegations leveled by Kamble, NCB’s Mumbai zonal director, IRS Sameer Wankhede, said, “They will comment in court. The matter is sub-judice,” the Indian Express reported.

The NCB had launched Operation Thunderbolt earlier this year, in which it conducted raids at many places and arrested drug smugglers. During an operation in Kharghar, Navi Mumbai in August, they caught a Nigerian national identified as Kingsley Ukuweza in a Nigerian community kitchen.

Ukuweza was present there along with around 50 Nigerian nationals who allegedly fled when the NCB team arrived. The agency had said that Ukuweza has international links and is a major MD supplier in Navi Mumbai.

He said, “Then we went to another place, which is called Nigerian Kitchen. There were 40 to 50 Nigerians. They raided the building and all the Nigerians started running away. They managed to nab two of them including a boy. They told them Took the boy to office and let the boy go the next day, but kept the other person (Ukweza) on hold.”

Kamble further said, “He didn’t have any drugs. They showed that 60 grams of MD drugs were recovered from him and then after three days he got me to sign about 10 to 12 blank papers. I asked him to show the papers. I told them I would read them and then sign, but they asked me to sign immediately and said they would fill it out later. After that, my friend and I signed the papers and off we went.”

Kamble further said that since he was asked to sign on blank papers, he has no idea what was written on those papers.

With the e-commerce sector going digital, the growth of the auto sector will increase, know how

An Italian woman spent lockdown alone on the Arctic Circle, how it felt when she saw two months long nights and days