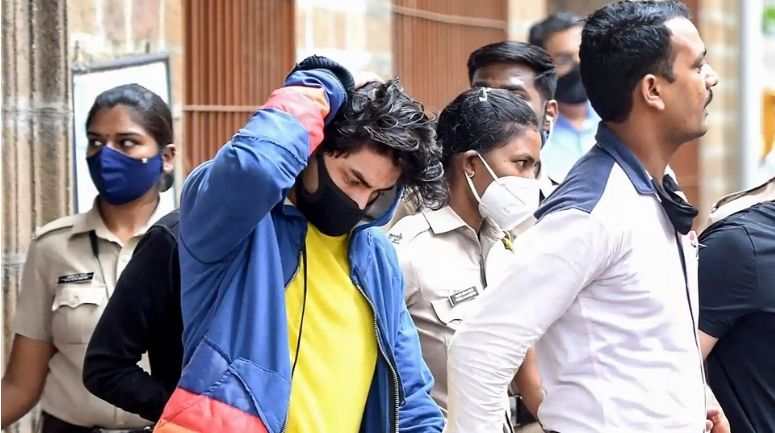 Mumbai cruise drugs case: NCB seeks custody of Aryan Khan, Arbaaz Seth Merchant and Munmun Dhamecha from court till October 11. Seeking extension of custody, the Anti Drugs Agency told the court that it was still conducting raids and that “any person arrested in those raids would need to be interrogated face to face with the present accused.” The NCB said that it had arrested Achit Kumar on October 6 with a banned drug. Aachit Kumar is named by Aryan Khan.

The agency said in its remand copy, “Achit’s name had cropped up during the interrogation of Arbaaz Merchant. Therefore, it is necessary to face-to-face with those already arrested for further investigation.”

The central agency further informed that it has arrested Abdul Kader Shaikh with Ecstacy in commercial quantity. It said, “Therefore, the said accused No. 17 of these defendants Achit Kumar and the apprehended foreign national is necessary to investigate the case and to ascertain the role played by each person in this nexus in the supply chain.”

After hearing the arguments of both the sides, the court sent Archit Kumar to NCB custody till October 9. He is accused of supplying drugs to Aryan Khan and Arbaaz Merchant.

Khan’s lawyer Satish Maneshinde had argued that no substance was confiscated from his client and that “if any substance is seized from another person (co-accused), there is no ground to detain my client.” does not make.” He said that Khan was there as a special guest and had reached there with another friend.

Khan’s lawyer said, “The Panchnama does not indicate anything confiscated from me other than my mobile. My friend was arrested because he had 6 grams of charas, with which I had no connection.”

ASG Anil Singh, appearing for NCB, however, said that the agency had raided a supplier and found commercial quantities of banned substances. He said Khan’s chats contained links pointing to an international racket and there were several suspects, whose identities are yet to be ascertained.

ASG further stated that the person could not be found with the commercial quantity, but then custody is needed to trace the source, chain or link. “Where did the financing come from, who is the source, all this needs to be ascertained. That’s why we are seeking custody for only a few more days,” he said.

The NCB conducted raids last Saturday at an alleged rave party on a cruise off the Mumbai coast. In this 13 grams of cocaine, 5 grams of MD, 21 grams of charas and 22 tablets of ecstasy and Rs 1.33 lakh were seized.

After hours of intense interrogation, the Anti Drug Agency formally arrested Aryan Khan, Arbaaz Merchant and Munmun Dhamecha. The three men have been booked under sections 8C, 20B, 27 (punishment for the use of any narcotic or psychotropic substance) and 35 (presuming to be of unsound mental state) of the Narcotic Drugs and Psychotropic Substances Act (NDPS Act) .

Khan, Merchant and Dhamecha were earlier sent to one-day NCB custody which was later extended to October 7. Today he was again produced in the court.