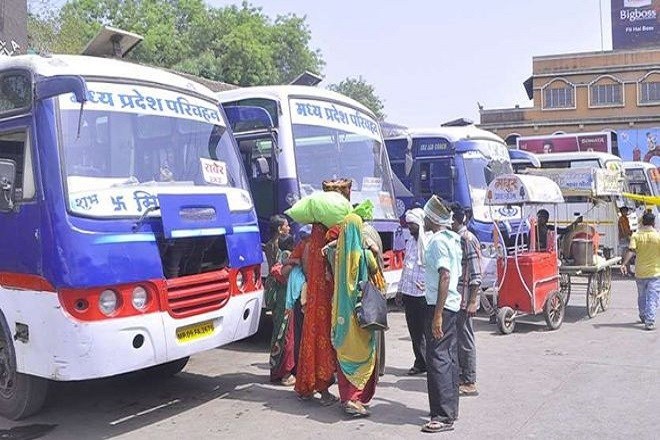 Buses were closed since March

Explain that due to the lockdown of Coronavirus, transport services were stopped across the country from 25 March 2020. In Madhya Pradesh also, the operation of buses was postponed from 25 March 2020. ‌ After meeting with the officials of Madhya Pradesh Chief Minister Shivraj Singh Chauhan, taking a decision in the interest of the public and the bus operator said that the tax of passenger buses for the last 5 months will be waived as well as only 50% in the month of September. Tax will be charged With this, it has also been decided to start passenger bus services in the state from today.

Bus service started in the state from today

The service of six chartered buses between Indore and Bhopal has been started in the state of Madhya Pradesh from today. These buses are being run by a bus service called AICTSL of Indore. The buses are being sanitized by the bus service company and the rules of social distancing among passengers are also being taken care of. Let us know that buses are also being sanitized, only after that, the operation of buses has started. Keeping in view the security system, six chartered buses have been started in Madhya Pradesh between Indore and Bhopal.

Traffic facility will be restored

The state government says that now the movement of buses will resume traffic in the state and the employment associated with passenger buses will be able to resume. ‌ It is also being told that the state government has lost revenue of about Rs 1.25 billion due to the waiving of tax of 5 months passenger buses. All the bus operators of the state are very happy with this decision of Shivraj Singh Chauhan’s government and they have welcomed the Chief Minister’s decision. ‌ Please tell that the Chief Minister of the state Shivraj Singh Chauhan held a meeting with his officials and after that announced the tax waiver of the 5-month passenger buses.

Petrol-Diesel Price: Petrol-diesel is going to be cheaper very soon, this is the main reason

Imran lashed out at America for the bad condition of Afghanistan, fearing getting trapped in Pakistan’s war, said – called me ‘Taliban Khan’