Minister’s son Ashish Mishra did not appear before UP police, government will file status report in SC today 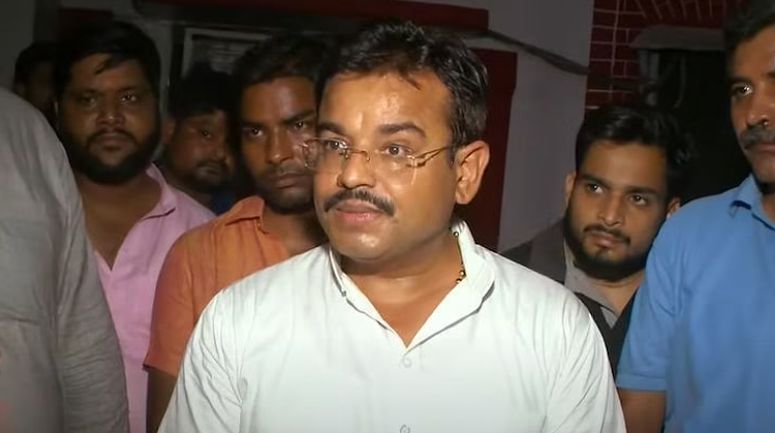 Lakhimpur Kheri Violence Live Updates: Union Minister of State for Home Ajay Mishra Teni’s son Ashish Mishra, the main accused in the Lakhimpur Kheri violence case, has not yet appeared before the Crime Branch for questioning. He was called at 10 am on Friday morning after pasting a notice at his house. Currently waiting in the crime branch office.

On October 3, farmers were allegedly rammed by a car at Tikunia in Lakhimpur Kheri, triggering a violent reaction. Eight people, including four farmers, have died in the violence that broke out during the farmers’ protests. Ajay Mishra’s son Ashish Mishra is accused of crushing farmers with a jeep during the Lakhimpur Kheri violence.

UP Police issued summons to Ashish Mishra on Thursday. Ashish was called for questioning at 10 am on Friday. The police has also pasted the notice outside the residence of the Union Minister. This notice has been pasted under section 160.

The Union Minister’s house is in the Shahpura Kothi area of ​​Lakhimpur. However, his son is not at home. On Thursday, Lucknow range IG Laxmi Singh had said that where Ashish is, it is not known. In the Lakhimpur violence case, the police have arrested two accused Lavkush and Ashish Pandey.

The FIR registered by the UP Police claims that Ashish Mishra had opened fire on farmers during the violence and was allegedly present in a jeep that crushed the farmers. Ashish Mishra has been charged with shooting a farmer and ramming three others with his car.

Union Minister Ajay Mishra, on the other hand, denied the allegations of farmers’ organizations that his son was sitting in a car. He said that he has evidence to show that his son had gone to some other event.

A one-member inquiry commission has been constituted to probe the deaths of eight people, including four farmers, in Lakhimpur Kheri. A former judge of the Allahabad High Court has been entrusted with this responsibility, who has been directed to complete the investigation within two months.

A total of eight people were killed in the violence that broke out during the farmers’ protests on Sunday. Among the dead were four farmers, who were allegedly crushed to death by vehicles driven by Ajay Mishra’s son. Along with this, there was another BJP worker and a driver who were allegedly dragged from the vehicles by the protesters and thrashed to death.

This cheap smartwatch from Zebronics looks like Apple Watch, many cool features are available with calling

Within 37 months, this smartphone brand did amazing, crossed the 100 million shipment mark