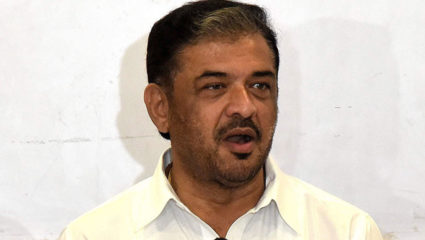 Nagpur. Due to unseasonal rain and hailstorm, the crops of farmers of many villages of the district have suffered a lot. Animal Promotion, Milk Business Development, Sports and Youth Welfare Minister Sunil Kedar visited and inspected the damaged areas on Thursday. On this occasion, Minister Kedar met the relatives of Hemant Roshan Nivate, who died in the natural calamity, by giving his first gift to Bokhara village of the district. consoled them.

The deceased youth used to distribute milk, due to which apart from giving cow and buffalo to his family through the scheme of Animal Promotion Department, Minister Kedar also announced to give Rs 4 lakh as a grace grant. Minister Kedar instructed the Group Development Officer and Tehsildar to approve Gotha for cattle from the government scheme. Apart from this, the police department was also informed to take immediate action.

Cotton, wheat, gram, tur, groundnut, vegetable, orange and tomato have suffered a lot of damage in an area of ​​7,431 hectares in the district. 8,334 account holders have primary information about this unseasonal rain. The maximum loss of this unseasonal rain has been the loss of about one and a half thousand hectares of tur crop. Minister Kedar assured to do the Panchnama of these areas immediately and compensate them for the damage at the earliest. In this tour, he was accompanied by Zilla Parishad Vice President Sumitra Kumbhare, JIP Agriculture Chairman Tapeshwar Vaidya, ZIP members Kunda Raut, Prakash Khapre, Raju Kusumbe, Dudharam Savwalke, Shanta Kumre, Deputy Divisional Officer Indira Chaudhary, District Superintendent Agriculture Officer Milind Shende, former Zip President Suresh Bhoyar and Chairman, members of PNS were prominently present.

Realme 9i smartphone will knock in India today, know how much it will cost

Weird figures made on the banks of the lake, people remembered chess after seeing the photo

One year FD is also a good investment option, know how much interest is available in which bank?