Meet Ranjana Kulasetti, who started Blouse Stitching business with Rs 5 thousand, today is empowering other women to stand on their feet 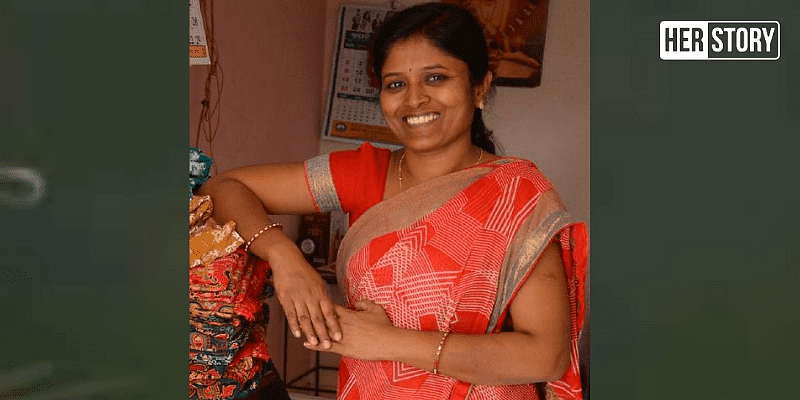 When Ranjana Kulashetty saw her husband, who was the only man to maintain the family and was burdened with the family’s increasing expenses, Ranjana stitched her stitch in the hope of contributing financially to the family. Turned to passion.

After several formal and informal training sessions, Ranjana started her business by sewing blouses and earning enough to buy a house and support the education of her two children. However, she was able to do so only after convincing her husband and family members, who were against the idea of ​​’working women’. Her husband protested and drove her out of the house with a sewing machine.

For Ranjana, being an entrepreneur was the first real job that brought “360-degree change” to her life. “This business is not only an opportunity to showcase my skills, but also gives me the confidence to live in such a challenging society,” he explained while speaking to BusinessKhabar.

Residing in Dehrigao village in Pune, Ranjana spent most of her life in household chores without any income. In 1997, she wanted to take a professional course in designing and sewing and Manisha Verma, a local business woman, helped put stickers on chocolate wrappers and earned 2 rupees for each kilogram of chocolate.

Her first savings of Rs 500 became tickets for training classes in blouse stitching for two months. When she could no longer continue, Ranjana started working for a tailor in Warje village in Pune. She was tasked with hand stitching and she earned Rs 1.5 for each blouse.

She says, “I requested my boss to allow me to learn sewing and offered to work for free. And after a year, I started my own sewing business in 1999. ”

Started off with an initial investment of Rs 5000 and a sewing machine priced at Rs 25 and a blouse, lack of funds also took time to do business and time to grow. This changed in 2015 when she spoke of the Man-Desi Foundation to women entrepreneurs as an initiative to support CSR’s Amdocs.

This initiative provided initial funding in the form of seed funding to women entrepreneurs. Ranjana took a loan of Rs 20,000 for a year and a half and paid a monthly instalment of Rs 1,300. She recalls that the process was simple and all they had to do was to submit Aadhaar and PAN cards.

Over the years, Ranjana also received skills-based training in the areas of business strategies, target planning, digital marketing and payments. She says that promotion through word has played a huge role in promoting her business.

Today, she owns eight sewing machines and has hired three women to work. In addition to selling about 250 blouses each month, the business has also diversified into sales of products such as clothing, masks and jute-based products such as laptop bags, plant holders, and wall hangings. They are sold in Maharashtra and exported internationally with the help of Mana Desi initiative.

In March in view of COVID-19, Ranjana started making masks for Matoshree Old Age Ashram and visually impaired students as well as old age homes. Priced between Rs 5 and Rs 25, he has sold around 80,000 masks.

Recently, Ranjana and her team completed an export order of 500 jute plant holders.

COVID-19 and other challenges

Most social and economic activities ceased with the proliferation of coronaviruses, with Ranjana witnessing a decline in blouse sales as most weddings were cancelled or delayed. She could not even go out to conduct her training classes.

Initially, payments for microenterprise were a challenge. People often skip payments during the purchase and later refuse to buy them. As an entrepreneur, all these are learning for this.

She also states, unfortunately, women’s contribution to family finances is seen below. It was the same in his case.

She says, “My husband was not in favor of the idea and did not support me initially when I attended training sessions.” After a lot of hardships and quarrels with my husband, I managed to start work without her support. In fact, he kicked me out of the house several times with his sewing machine, but that never stopped me from working for my dreams. ”

More than a decade after she began her journey towards financial freedom, Ranjana says she proved herself through her work.

Read: Meet Bindu Chopra, who started natural skincare startup from her home at the age of 55

‘Nurses are not getting salary and respect in Britain’, nurse who takes care of PM Johnson resigns!