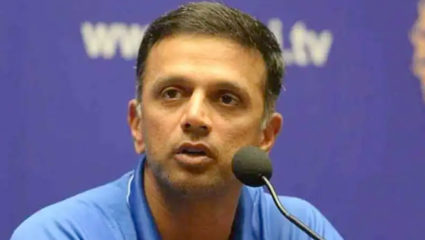 Centurion: Indian opener Mayank Agarwal said that while away from the team, he worked on understanding the mental aspect of his game, which coach Rahul Dravid always emphasizes and it helped him a lot on his comeback. . The 30-year-old from Karnataka was ruled out of the first Test against England due to a concussion (a head injury) and then lost his place in the team.

He recently made a comeback with 150 and 62 runs in the second Test against World Test champions New Zealand. He said during a conversation with opener and India’s vice-captain KL Rahul, “This is not a new beginning. For the last one year, I have been trying to understand myself and also to know what are my strengths and weaknesses.

In this video posted on BCCI TV, he said, “I am happy to be able to come back and perform well and will continue to maintain this momentum in the future.” Asked about Dravid’s contribution in the process of understanding himself, Agarwal said, “He always talks about understanding himself and working on the mental aspect. Working on it increases your chances of achieving success.”

“He stresses on good preparation. We have practiced well here and look forward to the Test match.” Agarwal and Rahul have been opening the innings for Punjab Kings in the IPL for the past four years after playing together for Karnataka. Both are also expected to do well in the first Test against South Africa starting from 26 December.

Rahul said, “My journey has been beautiful. That’s what I wanted. You have been a part of my journey and I have been a part of your journey. We both worked hard for this. We were not sure if we would play for India but we worked hard to make our dreams come true. Now looking back, it is good to see where did you start and where are you today. It’s like charisma.” “This is the beginning for us,” he said. There’s still a long way to go. We have to win many matches for India due to our friendship and mutual coordination. ”(Agency)

Turkey, Istanbul protest against European treaty on protection of women from violence