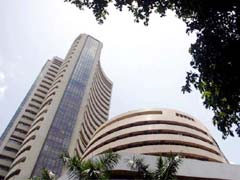 Kreon Finnancial Services। The company will consider the proposal to raise funds by issuing equity shares in the form of existing shareholders’ rights issue on October 18.

Bajaj Finserv। The Trustee Company is incorporated as a wholly owned subsidiary of the Company under the name of Bajaj Finserv Mutual Fund Trustees Limited.

Permission to fly with 100% capacity

Aviation stocks can take off today. The restriction on the number of flights has ended. Now airlines will be able to operate with 100% capacity.

In the second quarter, INFOSYS’s dollar revenue is expected to grow by 5.5 per cent. The dollar earnings of WIPRO can increase by the same 6 and a half percent. Both companies will present their results today.

There is news of relief for the economy. Inflation moderated in September. The fall in vegetable prices brought inflation down to 4.35%. Industrial production has also increased rapidly in mining and electricity. IIP is 11.9% in August.

Reliance Industries has made a big investment in the German company Nexwafe, making a strategic deal for the Indian market. NexWafe is a company that manufactures high efficiency monocrystalline silicon wafers. These silicon wafers are very important for the production of semiconductors.

Reliance Industries (RIL) has said on October 12 that one of its units, Reliance New Energy Solar Limited (RNESL), has invested 25 million euros to buy new shares in Germany’s NexWafe GmbH. This investment is a part of the strategic agreement for the Indian market.

Agreement between RIL and STIESDAL

RELIANCE INDUSTREIS has done 4th deal in CLEAN ENERGY in 4 days. Has tied up with STIESDAL of Denmark. An agreement has been reached for the production of HYDROGEN ELECTROLYZER in India.

TPG Rise Climate has made a major investment in the electric vehicle business of Tata Motors. TPG will invest Rs 7,500 crore for 11-15% share. The deal was done at a valuation of 910 crores.

Indications from the global market are seen mixed. Asia and SGX NIFTY have started on a slight gain but trading is flat in DOW FUTURES. The US markets were under pressure yesterday ahead of the quarterly results and inflation data. The DOW closed down by more than 100 points.

Thousands of people took to the streets against the president calling the epidemic a ‘minor flu’, slogans of ‘Bolsonaro massacre’