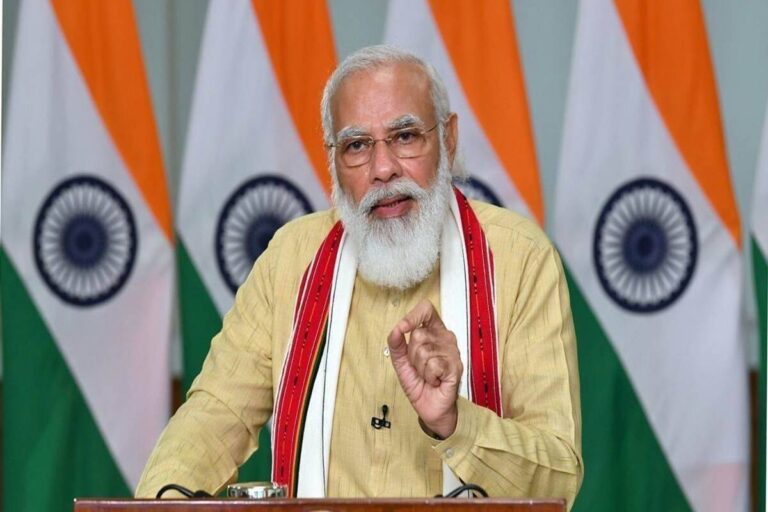 Mann ki Baat updates: Prime Minister Narendra Modi addressed the nation on Sunday through his radio program Mann Ki Baat. PM Modi said that to support our Olympic team on social media, Victory Punch campaign has started. He said that you too can share the victory punch with your team and cheer for India. The Prime Minister also spoke on Kargil Vijay Diwas. He said that tomorrow is Kargil Vijay Diwas. The Kargil war is a symbol of the valor and discipline of our army, which the whole world has seen. They want people to read the story of Kargil. He said that all of us together should bow down to the brave soldiers of Kargil.

The Prime Minister also said that between festivals and happiness, keep in mind that Corona has not left us yet. He said that you do not have to forget the protocol related to COVID.

PM Modi said that a recent study by MyGov has found that 75 percent of the people who send messages and suggestions in Mann Ki Baat are below 35 years of age. This means that Mann Ki Baat is inspired by the thoughts of the youth of India. Mann Ki Baat is a medium where there is positivity and sensitivity. He said that nowadays, people are getting attracted towards SEBI farming in Ukhrul of Manipur. Now farmers are cultivating apples in the orchards. These people also went to Himachal for proper training. One of them is TS Ringphami Young. He is an aeronautical engineer by profession.

The Prime Minister said that after COVID-19, plum cultivation is increasing. He mentioned Bikramjit Chakma, 32, who came from Unakoti in Tripura. Modi said that he has earned good profits after starting ber cultivation and has inspired people to take up its cultivation.

Talk on COVID-19 vaccination too

PM Modi also mentioned about corona vaccination. He told that Sanjay Rana runs a food stall in Sector 29 of Chandigarh and sells Chole Bhathoora on his bicycle. To eat their delicious Chole Bhathoors for free, you have to show that you have got the COVID-19 vaccine the same day.

PM Modi told that Isaac Munda is from a village in Sambalpur district of Odisha. Isaac once worked as a daily wage laborer, but now he has become an internet sensation. He is earning well through his YouTube channel. In her videos, she showcases the local food, traditional recipes, her village, lifestyle, family and eating habits. His journey as a YouTuber started in March 2020, when he posted a video about the traditional food of Odisha, Pakhala.

Battenfeld: Another child of power and privilege in trouble with the law

Another youngster of energy and privilege is in hassle with the legislation, and odds are…

If you are fond of travelling, then there is good news for you. The Indian…