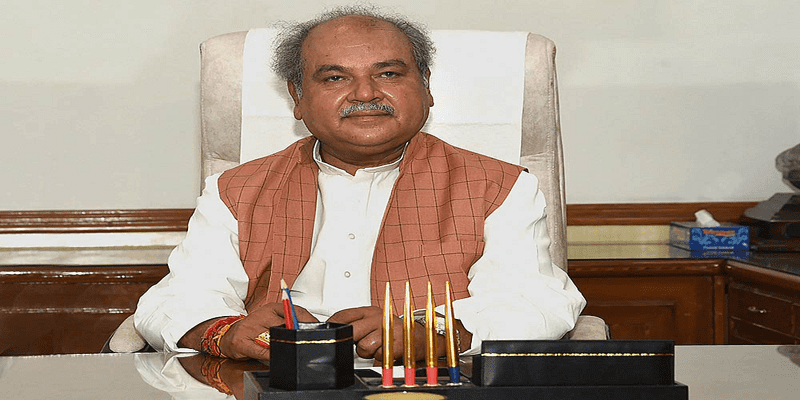 Hundreds of scholars associated with agricultural education including Vice-Chancellors of Agricultural Universities across the country in the main hospitality of Union Agriculture and Farmers Welfare, Rural Development and Panchayati Raj Minister Narendra Singh Tomar today, in connection with improving agriculture education under the new education policy in the country. Discussed.

On this occasion, Tomar stressed on making agricultural education more employment-oriented and said that agriculture sector should be upgraded through new education policy. Tomar has asked the Indian Council of Agricultural Research to form a committee in this regard, which will give its recommendations.

In the webinar, Union Minister Tomar said that the field of agriculture is important and full of diversities. It is also special from the point of view of the economy, because a large population of the country gets employment in the agriculture sector. It is also the largest area from the point of view of production, so discussions can be held with academics as to how the new education policy can be incorporated to improve it.

It has been the effort of the government, including Prime Minister Narendra Modi, that with the new era, we should also keep changing our policies and rules. It is in this context that the Prime Minister took policy decisions in the last six years in the agriculture sector, which are laudable and important and necessary to strengthen the sector. When the Prime Minister said that the income of farmers should be doubled, then the world’s largest income assistance scheme PM- Farmer was also implemented. So far, 93 thousand crore rupees. Have been sent to the farmers’ account, which has certainly helped the farmers in running their work.

Tomar said that if the need of legal reforms is felt in the agriculture sector, then the PM should bring two new ordinances, due to which farmers can now sell their produce at the desired price, in the place where they will not be taxed outside the market. Similarly, there was a lot of talk about contract farming, but Modi Ji’s government put it into practice and removed the fear of farmers regarding the sale and profit and loss of productivity. These ordinances will benefit the farming sector as a whole. Private investment will reach villages and farms. Farmers face difficulties on natural adversity, so it is necessary that new dimensions are added to the field of agricultural education so that the new generation can be able to connect the agricultural sector with technology and the agricultural sector can become a centre of attraction with profit. PM also wants to get the benefit of digitization.

He said that the hard work of farmers, their vision and capital have incredible importance in the achievements of the agriculture sector, whereas in today’s circumstances, there is also a big contribution of agricultural education, agricultural research and agricultural policies of the government. Due to them, India today is self-sufficient in food grains and has succeeded in making a good place in other areas as well.

Tomar said that the Central Government has also made provision for a special package for animal husbandry, herbal farming, fisheries, beekeeping and other allied sectors including agriculture infrastructure fund of Rs one lakh crore. These will fulfill the needs of the agriculture sector, create employment opportunities, farmers will be able to stop their produce for a good price, will be able to do processing, will also be able to connect to new dimensions through FPO. Tomar said that today through DBT, money is directly deposited into the accounts of the beneficiaries. In MNREGA also, the payment of workers is deposited directly into the accounts.

Tomar said that the Prime Minister has also emphasized on education policy, being job-oriented, productivity-enhancing in agriculture, technology entry and meeting global standards. ICAR is also a world-class institution, scientists of the institutions associated with them have contributed to enriching agriculture through research. Now in the new education policy, identify and incorporate the points that will enhance the agricultural sector. Make a committee and give suggestions and conclude so that the institutions of agricultural education can work better.

Unlimited free storage of Google Photos expires this month, know which options are available with you