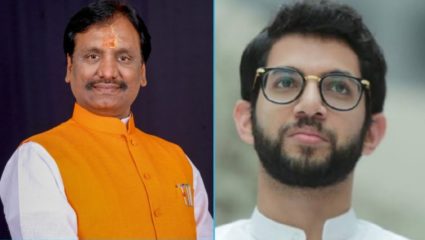 Aurangabad: Due to the closure of tourist places, guides, car-bus and taxi operators, tour operators, handicrafts and small and big people of the tourism industry make their living on it. Due to the deteriorating economic condition of their business, their negative impact on their life is increasing mentally. Therefore, after reconsidering the recent decision taken by the government, Shiv Sena spokesperson and MLA Ambadas Danve sent a memorandum to the state’s Tourism and Environment Minister Aaditya Thackeray and demanded to re-start the tourist places of the state with 50 percent attendance and by imposing restrictions.

In the memorandum, MLA Danve said that for the last two years, after the second wave of epidemic like Corona was almost over, a better environment was created for international tourism within the country. After November 2021, Earthchakra was coming back on track. Meanwhile, due to the number of patients suffering from Omicron and increasing corona, many obstacles are being created in it.

Now the broken screen of the phone will be repaired automatically, tremendous technology is coming