Maharashtra government issued guidelines for Navratri, this year also there was a ban on Garba-Dandiya 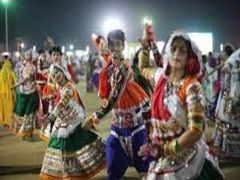 There has been a decline in the number of corona infected patients in the country. Meanwhile, cases of corona infection have also decreased in Maharashtra. The state government has issued guidelines for the celebration of Navratri.

In this guidelines, the government has banned the cultural celebrations in the state for the Navratri festival, which will run from October 7 to October 15. That is, at the time of Navratri, the pomp of Garba-Dandiya will be missing like last year.

Apart from this, according to the guidelines of the state government, a limit has also been placed on the height of the idols. In public pandals and mandalas, the height of the idols cannot be kept more than 4 feet. At the same time, an idol more than 2 feet high cannot be brought in the house for worship. This year also the festival of Navratri and other festivals have been asked to be celebrated with simplicity.

Schools Reopen: Schools and junior colleges will reopen in Mumbai from October 4 after 1.5 years

The administration has asked for online darshan of idols of public pandals. Also, the presence of more than 5 people in Durga pandals has been banned. According to a report published in Hindustan Times, food and beverages have been banned in public pandals. The state government has said in its circular that the threat of corona virus still remains. It is not good to gather crowds during the festive season.

It has been further said in this circular not to organize Garba-Dandiya. Instead, they have been advised to undertake programs related to increasing health awareness. For example, they can organize blood donation camps. Apart from this, awareness campaigns can be started for the prevention of malaria, dengue. Public pandals should make arrangements for online darshan of idols through cable networks, websites, Facebook and other social media platforms.

Maharashtra: In Thane, a person got rabies vaccine instead of Covid-19 vaccine, doctor suspended

There has been a ban on gathering crowds for Aarti-Bhajan-Kirtan or in Ravana Dahan. At the same time, the norms of noise pollution should be followed. Do not take out any kind of procession for the idols at home or their immersion. The traditional aarti will be performed at home instead of at the immersion sites. Children and senior citizens have been advised not to go for immersion.

You will be able to withdraw 3 months salary or 75% of PF amount from EPFO, people will get relief during Corona period

Samsung Galaxy A22 price leaked before launch, these cool features will be available in the phone