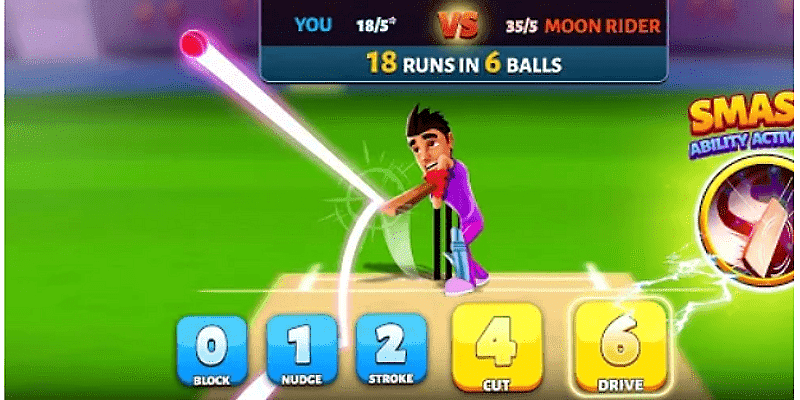 Hyderabad-based startup HITWICKET’s HITWICKET Superstars – Cricket Strategy Game 2020, has emerged as one of the favourite Made in India apps in the gaming category in the recently launched Self-Reliant India App Innovation Challenge by Prime Minister Narendra Modi.

‘Hitwicket Superstar, which was launched in early 2020 for both Android and iOS, is attempting to put India on the world map for mobile gaming and e-sports.’

As per his call for PM Modi’s self-reliant India app ecosystem, Hitwicket aspires to create a truly world-class gaming experience for millions of cricket fans. His vision is to host the most spectacular e-sports event in cricket, the HitWicket World Cup 2023.

“There are many opportunities in our country to create something for our people that are truly made for India and the world.”

She adds, “The best gaming titles in the world have one thing in common and that is to be interesting. To create a world-class cricket game we need to move forward with innovation in gameplay that is inspired by the elements of imagination and that immerse the user into a fictional virtual world. ”

Since the launch of Hitwicket Superstars, it has been downloaded more than 900,000 times in total and is enjoyed in 100 countries, with 30 percent of its users settled overseas. Hitwicket Superstars have a diverse user base, of which 20 per cent are women and 35 per cent above 30 years of age.

In addition the team plans to make India a major hub for e-sports championships, orchestrating all the ambitious hitweight World Cups, scheduled for 2023, with users from around the world competing in tournaments such as Virtual IPL. will do. It will be held at zonal, state, national and international levels.

“It is heartening to see the government’s ability to take cognizance of gaming in India and make Made in India for India and the world,” says Keerti.

It is no secret that for a long time, both gaming and cricket have been predominantly dominated by men. However, women accounted for 51 percent of mobile gaming globally in 2019.

This is far from the stereotypical image of being a ‘gamer’. In 2019, women made up 51 percent of mobile gamers worldwide. Trends such as these encourage the new reality that inclusivity is not just an option, but a necessity in developed gaming industry.

HitWicket Superstar is becoming inclusive by adding female cricketers who are able to hit out of the park as often as their male counterparts.

Truly HitWicket Superstar transfers users to a virtual world where they own a cricket team of superheroes, with each player claiming a unique superpower of their own.

The user transforms the team into a world-class superstar. It also works with the experience of allowing batsmen to score 12 runs on the same ball and giving negative runs to the batsman by the bowlers and bringing down the total score.

Cricket as a sport exists at a very grassroots level in India. An intense, intellectual discourse around the game pervades every section of society – from grocery store owners to working professionals.

“Our goal is to grow with the collective appeal of cricket with the reach of mobile gaming and put India as a major hub on the world map.”

The global e-sports market is projected to exceed $ 1.5 billion by 2023, making the top prizes in eSports tournaments easily reach millions of dollars. The Hitwicket World Cup is an upcoming global tournament that the team plans to start in 2023.

“The zonal contests between the local team owners will lead to state level competitions, which will connect with each other in national and international matches,” Kashyap said.

In fact, a global orchestration of this scale working at granular, grassroots levels will create income prospects for in-game team owners, local sponsors and game veterans who are ready to patron competitors for one price.

“The goal is not just to entertain, add value and encourage opportunities, but to empower the users and live up to the superstars of cricket within the aspirations of daily life and all this is being accomplished at the tap of a thumb. “

Can someone hack your bank account with your Aadhaar number? UIDAI gave this answer

Hundreds of kilometers wide asteroid is now 10 times more likely to hit the earth, the human species may be in danger

Twitter tells the police to reach his offices, the way to intimidate, worry about the employees and freedom of expression in India