Labor Code: There may be a delay in implementing the new labor code, there will be a meeting in the Labor Ministry on Friday 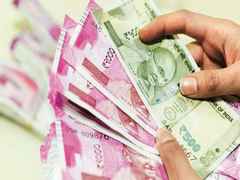 According to media reports, the central government is ready to notify the new labor code. Now the inputs received from the states are yet to be discussed. The states were given time till September 2021. A meeting is to be held in the Labor Ministry on Friday. It will be clear only after this meeting that when the rules of the Labor Code will be implemented. Only then can they be notified.

These changes will come after the implementation of labor law

the salary in hand will decrease

With the implementation of the labor law, the wages in the hands of the employees will come down and companies will have to bear the burden of higher PF liability. As per the new draft rule, the basic pay should be 50% or more of the total salary. This will lead to a change in the pay structure of most employees. With the increase in the basic salary, the amount deducted for PF and gratuity will increase because the money learned in this is in proportion to the basic salary. If this happens, the salary coming to your home will decrease, PF and gratuity money will increase on retirement.

The new draft law proposes to increase the maximum working hours to 12. However, if you work for 12 hours, you will have to work 4 days a week and get 3 days off. Under the current rule, less than 30 minutes are not considered eligible overtime. The draft rules forbid any employee to work continuously for more than 5 hours. Employees will have to give half an hour’s rest after every five hours.

These four codes have been passed by the Parliament, but apart from the center, the state governments are also required to notify these codes, rules. Only after that these rules will be applicable in the states. These rules were to come into force from April 1, 2021, but were postponed due to non-completion of the states’ preparations.

The ‘threat’ of the third wave of Corona hovered over Malaysia! Lockdown implemented on arrival of 6-7 thousand cases every day

Corona Vaccine News: Covaccine may get WHO approval in a month and a half, vaccine is being reviewed

Double Infection: Many variants of corona virus can also be infected at the same time, know how dangerous this situation is