Know the special features of ‘National Digital Health Mission’, which was recently launched by PM Modi 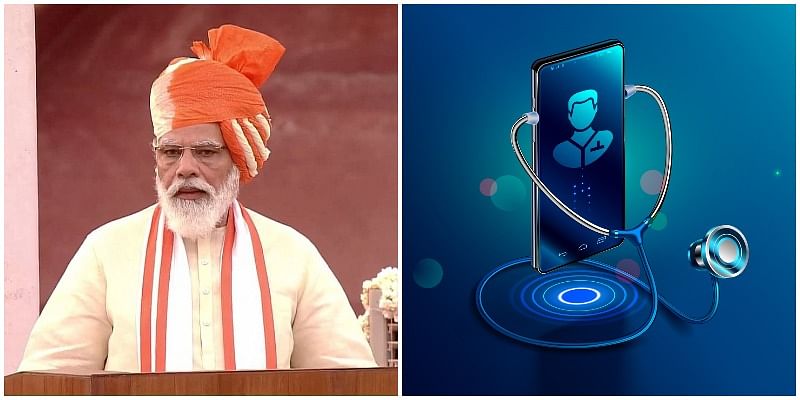 He said that the project would provide a Health ID to every person in the country, and would benefit the poor. The Prime Minister said that whatever medication a doctor had prescribed when it was prescribed, what the reports were – all this information would be linked to a person’s health ID.

This is another major campaign of the government like Ayushman Bharat.

What is the National Digital Health Mission?

The mission’s national digital health blueprint was prepared by a panel of the Ministry of Health to prepare an outline for the proposed national health stack in 2018 by the government think tank NITI Aayog. The mission will provide efficient and affordable health coverage through data and infrastructure services on a wide scale.

The key feature of this mission is technology – it will leverage open digital systems to provide high-quality healthcare for all. It will integrate various digital health services to create an ecosystem that can assimilate existing health information systems.

The government has said that it will ensure the security and confidentiality of personal information.

The scheme has been rolled out from August 15 through pilot launches in the Union Territories of Chandigarh, Ladakh, Dadra and Nagar Haveli and Daman and Diu, Puducherry, Andaman and Nicobar Islands and Lakshadweep.

What is Health ID?

Every person in the country will get a digital health ID which is basically a digital format of all his health records which will be linked to the registry of doctors and healthcare facilities across the country.

The platform is planned to improve efficiency, effectiveness and transparency of healthcare delivery. Health ID will be in the form of a website mobile application.

Launching the blueprint last year, Union Health Minister Harsh Vardhan said that the government has created an identity in history by launching Ayushman Bharat Yojana and other IT-enabled schemes such as Reproductive Child Health Services, and NIKSHAY.

NDHM consists of six major building blocks or digital systems, HealthID, DigiDoctor, Health Facility Registry, Personal Health Records, e-Pharmacy and Telemedicine – accessing timely, secure and affordable healthcare through a ‘citizen-centric’ approach Will be able to All these digital products, except e-pharmacy and telemedicine, have been deployed and are running.

This is the special thing about the mission

NDHM is a full digital health ecosystem for every Indian with individual health IDs, digitization of health records as well as a registry of doctors and healthcare facilities across the country.

Jaguar I-Pace to be launched in India tomorrow, know what will be special in this electric car