‘Khel Ratna’ to beat the odds with its courage 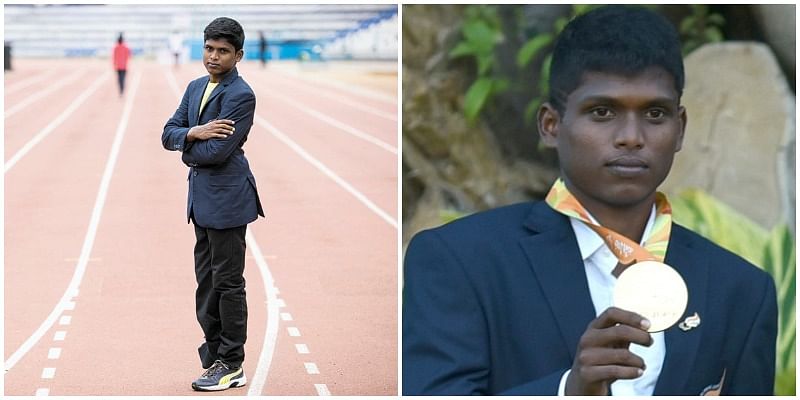 New Delhi, Mariyappan Thangavelu, born in a very poor family, lost his leg in an accident at the age of five, his father left home after being troubled by troubles and his mother raised him through all the hardships he faced, but all these misdeeds took place Every injury continued to strengthen their spirits and then one day they shredded themselves with their hard work ‘Gemstone’ made.

Mariyappan from Tamil Nadu won the gold medal in the T42 category of men’s high jump in the Rio Paralympic Games of 2016. He was awarded the Padma Shri, the country’s fourth top national honour in 2017, to honour his contribution to the Games. In 2017, he was awarded the second-highest sports honour Arjuna Award in the country and recently he received the country’s highest sports award ‘Khel Ratna’ The announcement was made. He is the third para athlete in the country to receive this honor.

Born on 28 June 1995 in Periyavadamgatti village, located at a distance of 50 km from Salem district, the early years of Mariyappan passed through very difficult conditions. At the age of five, his right leg was rendered useless from below the knee in an accident. A loan of three lakh rupees was taken for his treatment, which could not be repaid. Fearing problems, his father left the house and mother Saroja raised her six children by working for a few years and then selling vegetables.

Despite this accident, Mariyappan completed his schooling with normal children and during this time he started playing volleyball. Meanwhile, the school instructor asked him to practice in the high jump. At the age of 14, Mariyappan participated in the normal children’s competition and finished second in the high jump. He received much praise from the school administration on his achievement.

The year 2013 was the defining year of Mariyappan’s life when his current coach Satyanarayana saw him at the Indian National Para Athletics Championships and pioneered his talent. In 2015, he took Mariyappan to Bangalore for further coaching. After this, Mariyappan started trying to improve his performance step by step.

In March 2016, Mariyappan earned the right to participate in the Paralympic Games in Rio de Janeiro by jumping 1.78 meters in the T42 event at the IPC Grand Prix in Tunisia. On this occasion, Mariyappan assured that if everything goes well, he can achieve golden success for the country.

In this competition held in September 2016, Mariyappan filled some steps with confidence and then fell on the mattress after a jump of 1.89 meters, he knew that he had done a big feat. While standing, both his hands rose up in the air and after a few seconds his name was announced as the winner, the golden aura started shining on his face.

Due to helplessness of the body, people lose courage, but Mariyappan made his weak leg his strength and also succeeded in other international competitions for the country. He says that after the accident, some part of his leg was still small, but his toe grew a bit more, which helped him get extra help in jumping. Mariyappan considers his thumb as his god and this god of his has made all his problems easy.

Just wait for a few days, Jio is going to explode next week, everything from 5G smartphones to laptops will be launched

Want to send your child to study abroad? How much can be spent and how to make a budget, understand here

This is India’s most expensive second-hand car, you can buy two Tata Ultros in a month’s EMI of the vehicle, know the specialty