Issue: A fair investigation should be done in the abortion case 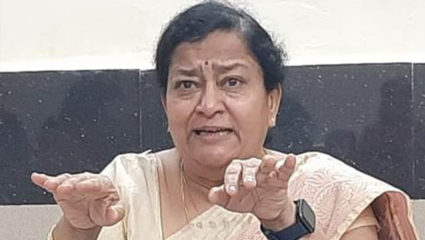 Wardha. Asha Mirge, a non-official member of the Maharashtra State PCPNDT Committee, said in the letter council that there should be a fair investigation into the serious matter that came to the fore in the hospital. Found this is an important question because it is supplied from the government hospital, in such a situation, the department is equally guilty, in the last few months, our emphasis will be on finding answers to other related questions including how many sonography and abortion centers have been regularly checked by the district committee. Home Minister and Health Minister will be given.

The committee is constituted at the urban and rural level under the Anti-Contraception Act. Information is being sought from the local committee members regarding this episode, where, how many abortion and sonography centers are there in the district, it is the task of the committee to investigate them after every three months. Ignorance has come to the fore in this direction in the district, the President and the Secretary of the Committee should have taken the matter seriously. Why was this information not given to the police before aborting a minor when the victim was a minor, it is a crime to abort a minor, Dr. Rekha Kadam and others are fully responsible for this, the skulls of babies and 54 bones of the body were found in the hospital’s chamber, this means The said newborn was 14 weeks old. Dr Kadam has permission for abortion of 12 weeks pregnant, the hospital record is missing, many flaws have been exposed in it.

Will meet the victim’s family and the investigating officer

At the time of abortion, the presence of two specialist doctors is mandatory, registration of use of Mizopros drug is necessary, government permission is needed, answers to many such questions have to be sought. The sonography center machine was in the name of Dr. Rekha and Dr. Niraj Kadam as well as applied for its renewal. Before Kadam’s departure, on January 2, the victim had gone to a private hospital in Arvi, the doctor concerned also said that she was pregnant. The matter was not told to the police, it should also be investigated and will meet the investigating officer after meeting the victim’s family.

Quickly constitute a 4-member Special Investigation Team (SIT) for a detailed investigation of this case. There should be a doctor, lawyer, police officer from the outer district, will demand that the investigation of the police in the case is going in the right direction.

Abortion process not completed as per rules

After the abortion, according to the rules, the doctor has to fill a form, the applicant has to be buried in the cremation ground only after the complete procedure, but this step has not been done, we will demand from the seniors for action in the proper direction of the hellish episode found in the hospital chamber.

Health department is also responsible for the incident

This type of rhetoric was going on in the hospital, but the local health department was not even aware of it, it is a serious matter, after taking stock of the functioning of the CS, a complaint will be made to the health minister of the state.

What is the global chip shortage due to which cars are becoming expensive, then companies have reduced the features of vehicles

Use of corona vaccine will be approved in the country on new year! Expert committee will decide today